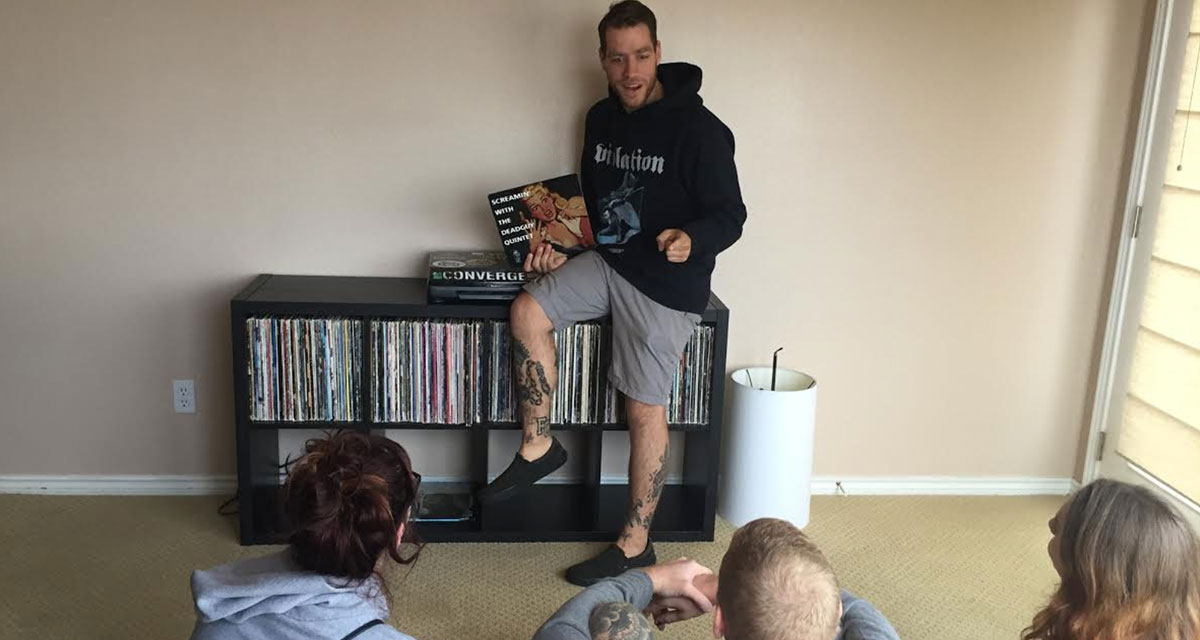 “Man, shit was popping off three years ago. All the preppy kids were bumping that ‘Call Me Maybe’ song, but the scene still had the Bruise Necks wrecking shop, and The Turncoats had just released a demo cassette that basically redefined hardcore,” said Adams, while lovingly scrolling through his Instagram timeline from three years ago. “We had the same energy of New York in ’88, probably.”

The St. Paul music scene has suffered due to a decline in all ages venues, many of the popular musical acts of the time moving on to different pursuits, and the kids today just “not knowing their roots,” according to Adams’ recounting.

“We all used to go to The Firehouse on Friday nights, which ironically burned down in November 2012 when someone threw a lit cigarette into the bathroom trash can. It would have been easy enough to put out, but the singer of Underbelly emptied out the fire extinguisher in one of the most epic pits I have ever seen. None of us could breath, our eyes felt like we had been chopping onions. It was awesome,” said a smiling Adams. “But that fire spread quick and did a lot of property damage. There was a homeless outreach shelter that was totally destroyed.”

When asked to speculate on why the local scene has suffered in recent years, the twenty-one-year-old historian had a variety of explanations.

“A lot of the dudes here broke edge and starting playing in cover bands to make some extra money at bars on the weekends, and those just aren’t as fun. You can’t really stage dive to Aerosmith covers,” said Adams dejectedly. “Also, winters here suck so basically everyone moves away as soon as they are old enough.”

Adams added, “The kids now will never even get to see some of the most influential bands on this scene, Blood Diamonds, Chad Briggs and Blackhearts, and the incomparable Hopeless Eyes. I just feel bad, they will never understand.”