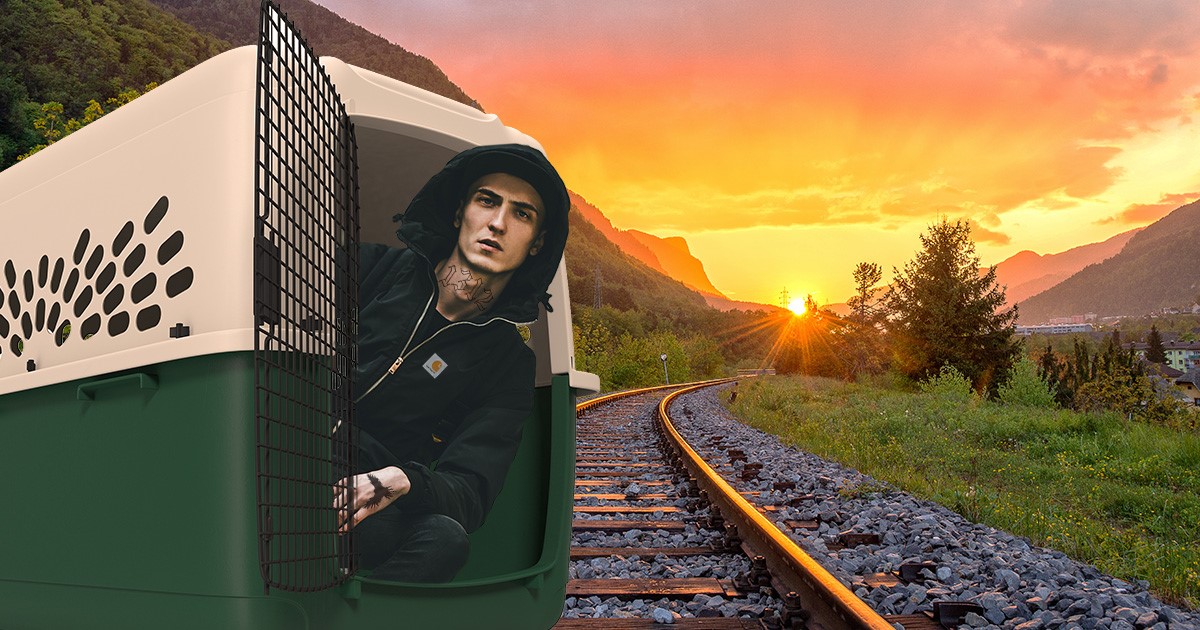 PORTLAND, Ore. — Scientists and well-wishers gathered earlier this week to watch as a crust punk affectionately known as “Shiv” was released back into the wild after several months of rehabilitation by scene conservationists.

“Shiv was found panhandling outside of a Whole Foods with a broken leg,” Dr. Amber Harper, founder of the Punk Wildlife Foundation. “He came into our care severely emaciated, covered in fleas, and with a bad case of heartworms. He was feral, so we had to muzzle him for his and our protection.”

“It was wonderful to see,” said Dr. Paul Masterson, part of the team that helped Shiv. “At first, Shiv was really timid when we opened his cage, but then he just grabbed his washboard and chased down a slow-moving train car. We put a tracking chip on him to be sure. Last night, our records show he was back to his old self, harassing college students at a bar and breaking car windows outside of a new condo downtown.”

Shiv slowly came to trust the doctors at PWF, roughhousing playfully with the other punks at the facility and even eating out of Dr. Harper’s hand. A cone was put around his neck to keep him from chewing on a wound, but once it healed, they felt he was ready to be set free again.

“I try not to get attached to the punks we bring in,” Dr. Harper said. “But everyone was really fond of Shiv. We’ll miss him. He was full of personality, and so very sweet with his wet, crusty eyes. It’s for his own good that we set him free. I’m sure, at this very moment, he’s using his leg cast to guilt some suburban couple out of $20.”

PWF warned, however, to maintain caution around crust punks. If you see one that might be sick or injured, do not approach it yourself — please call an expert at your local record store or music venue immediately.