Santa Starts GoFundMe After Sleigh Break-In While on Tour 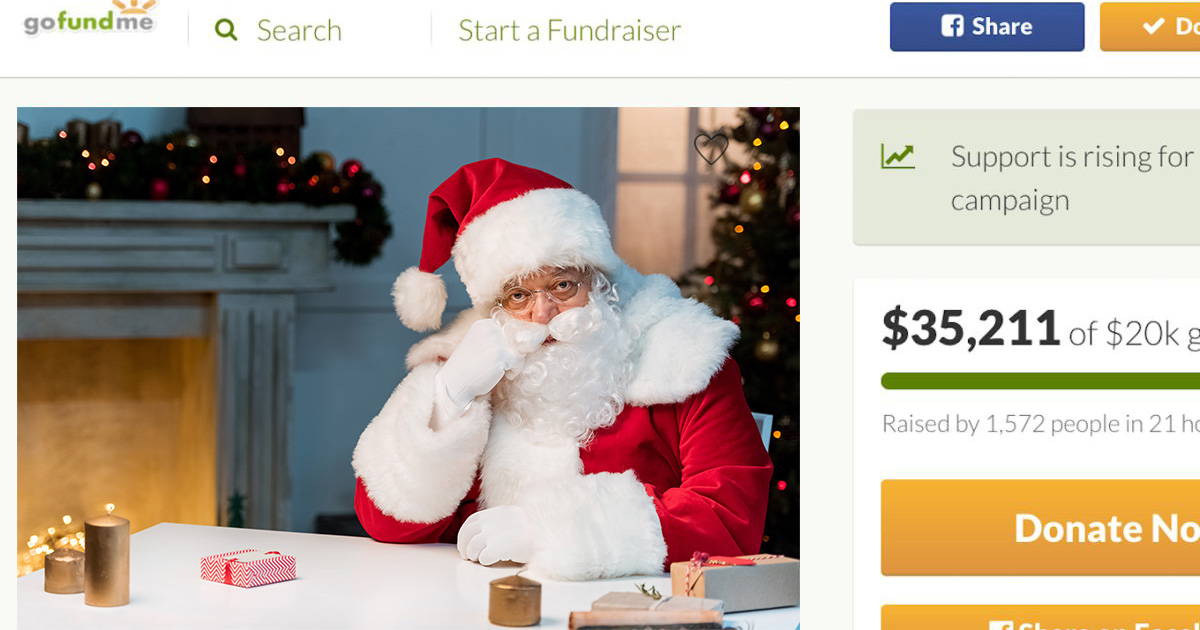 SEATTLE — Beloved Christmas icon Santa Claus announced today that he is starting a GoFundMe campaign after his sleigh was broken into while on his annual Christmas tour.

“I was in the Stillwell house delivering a bit of magic and joy, and when I came back out, some trash bag loser ruined Christmas for all the boys and girls. The sleigh window was smashed and the rest of North America’s gifts were gone,” said Claus. “Anything my fans could spare to keep me on the road and finish this tour would mean a lot — the insurance money will only be enough to cover my travel costs back to the North Pole, but with your help, I can make sure every child has something under their tree.”

“And if I find the motherfucker who did this, you better believe I’m gonna gut him,” Santa added with a stern look.

The exact contents of the stolen sack are unknown, but the value is estimated in the billions.

“To be honest, I was surprised to hear that the dude even existed… let alone that his sleigh was broken into on my roof,” said homeowner Ronald Stillwell. “I was asleep and the children were snug nestled in their beds when it happened — it was so quiet, not a creature was stirring, not even a mouse. I know this tour means a lot to the kids out there; I know Santa is a road dog. It’s a shame this happened to him. He’s a solid dude.”

The only witnesses to the break-in were Santa’s team of loyal reindeer, strapped into their harnesses at the time.

“We heard the whole thing, but we couldn’t do anything because we’re strapped into this stupid fucking sleigh. I told him not to leave any toys in the back seat! We are completely fucked,” said Rudolph, lead reindeer and close friend of Santa. “If I could have just turned around, I would’ve lit that mothefucker up, I swear.”

Santa closed the request by encouraging all of his fans to leave extra cookies and milk out, because “anything helps.”