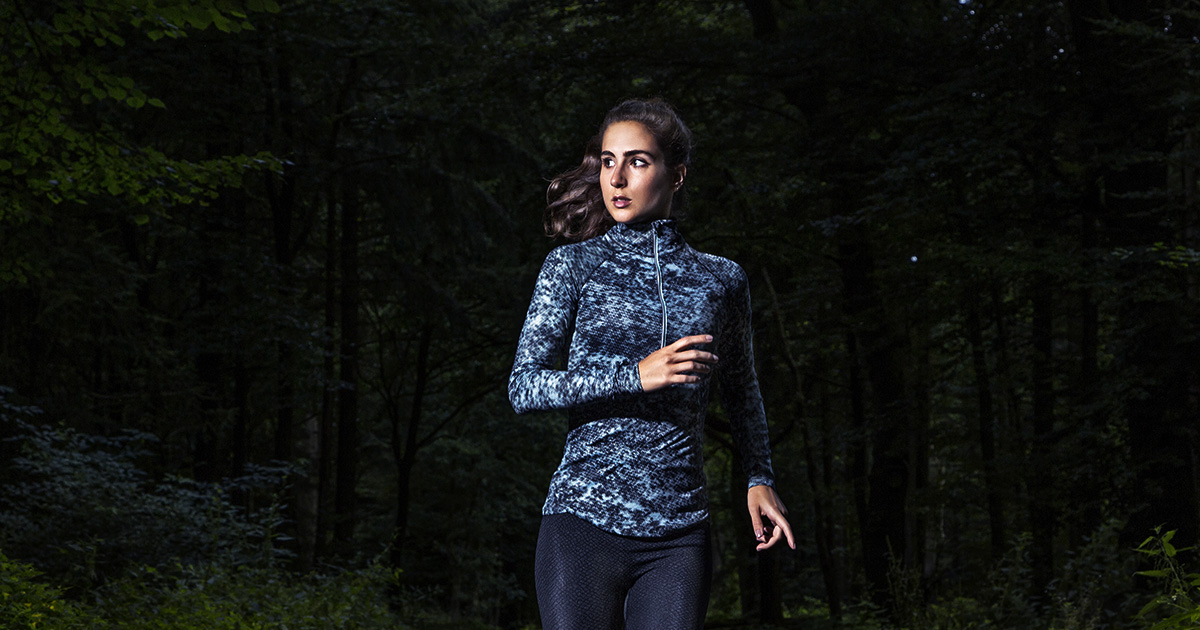 JACKTOWN, Mich. – Local runner Mason Clement became increasingly fearful for their safety last night while listening to the podcast “My Favorite Murder” for the first time on a midnight jog in a desolate ghost town.

“Shit, I’m definitely going to be murdered tonight,” said Clement as they picked up their pace. “All of my ‘murderino’ friends have been telling me I have to listen to this podcast because of the hilarious hosts, but they didn’t warn me that it’s actually terrifying: this hometown minisode I’m listening to is about someone who was brutally bludgeoned to death by a psychopath while they were on a night run. I just wanted something fun to listen to while I pass the time jogging by these abandoned buildings and dilapidated butcher shops. At least I have Karen Kilgariff and Georgia Hardstark to keep me company until my imminent demise.”

“When I saw someone running through the cemetery, I assumed it’s because they were being chased by our local serial killer, who everyone definitely knows about,” said Earl Stevenson, groundskeeper of the Jacktown Cemetery. “This place is so haunted that if a person doesn’t murder that runner, one of the ghosts definitely will. Hey, maybe they’ll end up being featured on that podcast thing all the freaks are talking about! I’ve always wanted this creep show of a town to get the notoriety it deserves.”

Local murderer Roy Andrews offered his perspective from behind a row of human-sized hedges a few houses down the street.

“Is it really a shock to anyone that I’ve been following them this whole time?” asked Andrews, Jacktown’s reputable cannibal murderer who was reportedly “just an average kid with real nice parents” growing up. “I’d love to boil that runner in butter and eat their garlic-glazed flesh, but I’m going to cut myself some slack tonight — if this person has the guts to go trekking alone through a place scarier than Crystal Lake, then I’m going to assume they leave all their doors unlocked. I’ll get them eventually.”

Clement reportedly made it home safely, but after getting snug in bed with their windows left open, they realized they picked the wrong time to watch the movie “The Strangers.”