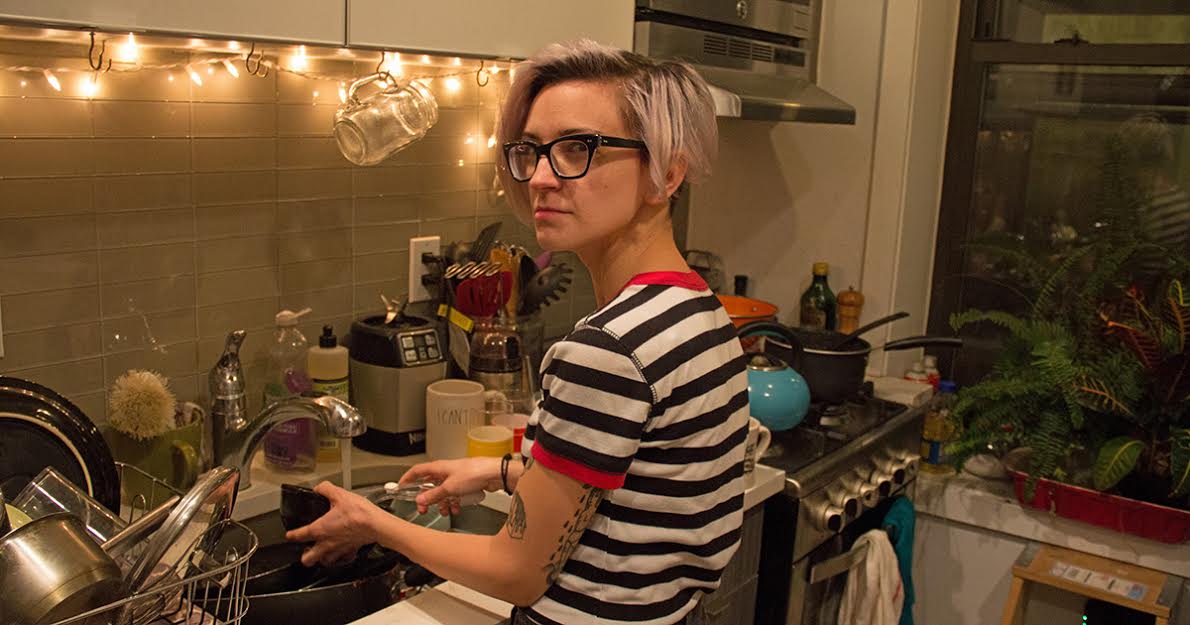 BROOKLYN, N.Y. — Entrepreneur and stay-at-home roommate Eunice Gibbs begrudgingly washed the dishes this morning left from her dinner last Thursday after coming upon the scene exactly how she left it, sources close to the woman confirmed.

“She’s never awake that early, but she knows when I leave for work. She wanted me to see her do them, I think,” said Kathryn Medina, live-in roommate and a longtime distant acquaintance of Gibbs. “I honestly couldn’t believe my eyes. It was the first time in two years I’d actually seen her by the sink, other than to eat food over it.”

Waking up to another day of the unsightly pile of dishes, Gibbs claimed she was left with “no choice” but to do them herself.

“Well, apparently I’m the only one around here that actually gives a shit,” said Gibbs loudly while toweling off her wrinkled hands. “After months of Kat doing any and all of my dishes, any time of the day, I was supposed to just lie there and take it when she walked right past the full sink? I can’t eat cereal out of my hands, so, fuck it. This falls on me, I guess.”

When reached for comment, Medina was confused by Gibbs’ attempt to “send her a message.” “I mean, I get she’s upset I didn’t clean up after her,” said Medina. “But does she not realize that her doing her own dishes is, like, exactly what I was hoping for?”

Witnesses report the roommates have refused to speak to each other since the incident. While Gibbs claimed “it’s still too raw,” Medina maintained that she’s “simply bewildered” by the productive passive-aggression.

“I think I’ll continue to just let her do her own dishes, I guess?” Medina concluded. “I can live with the miffed glances and the heavy sighs if it means I get to stop doing them for her. I might try to stop cleaning her cat’s litter box next week… but I’m not sure how long I will be able to live with that.”