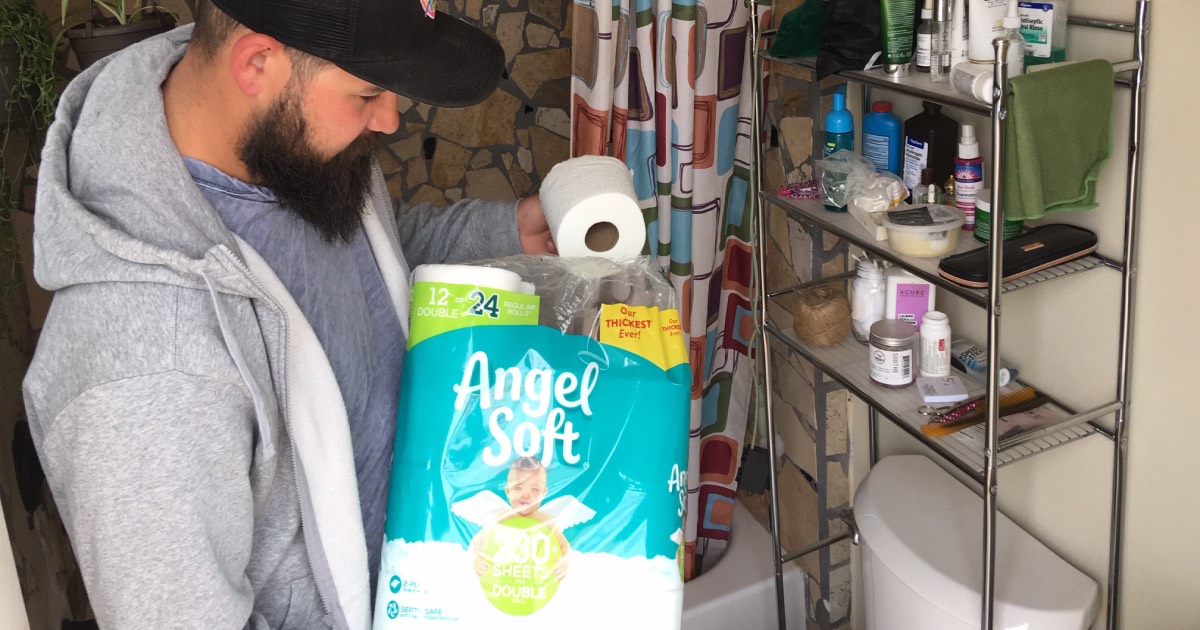 “He hasn’t bought any toilet paper, paper towels — nothing like that for the entire time he’s lived here, and he moved in during the Obama era,” roommate Ted Larson said while rearranging the common area to fit the sudden surplus of toilet paper. “All of a sudden, he rolls up with a couple 18-packs of toilet paper and a ton of soap? Glad it happened, but I gotta say, a little excessive for our tiny converted studio. Now we just have mountains of toilet paper in the combination kitchen-bathroom.”

“At least he finally bought some, though. I don’t know how he survived adulthood like this,” Larson continued. “I guess all it took was a pandemic and this collective resource-hoarding insanity to finally get him to do what we’ve all been aggressively insisting that he do for the last six years.”

Sanders’ girlfriend Jenna Chen is equally vexed by her boyfriend.

“Unfortunately, I need toilet paper every time I go to the bathroom, so if I’m staying over, I’ll have to buy some… or at least keep some tissues in my bag or something,” she lamented. “I was totally expecting him to come over to my place and quarantine me out of all of my snacks and household products, but he really showed up for this one. Hopefully the next deadly virus will have something to do with gum disease and he’ll finally brush his damn teeth.”

For his part, Sanders seemed oblivious.

“You know, in every place I’ve lived… if there’s toilet paper, great, I’ll use it; if not, eh, I won’t. It’s all the same to me, but times are crazy right now,” he commented while unwrapping a new container of Clorox wipes and requesting several feet of distance. “I had to go to like, three stores all the way out of the city just to get it — I had no idea people had to drive to Westchester just to buy TP. No wonder everyone always runs out.”

At press time, Sanders used the bathroom, but didn’t use any of the newly bought toilet paper despite a clear need to do so.