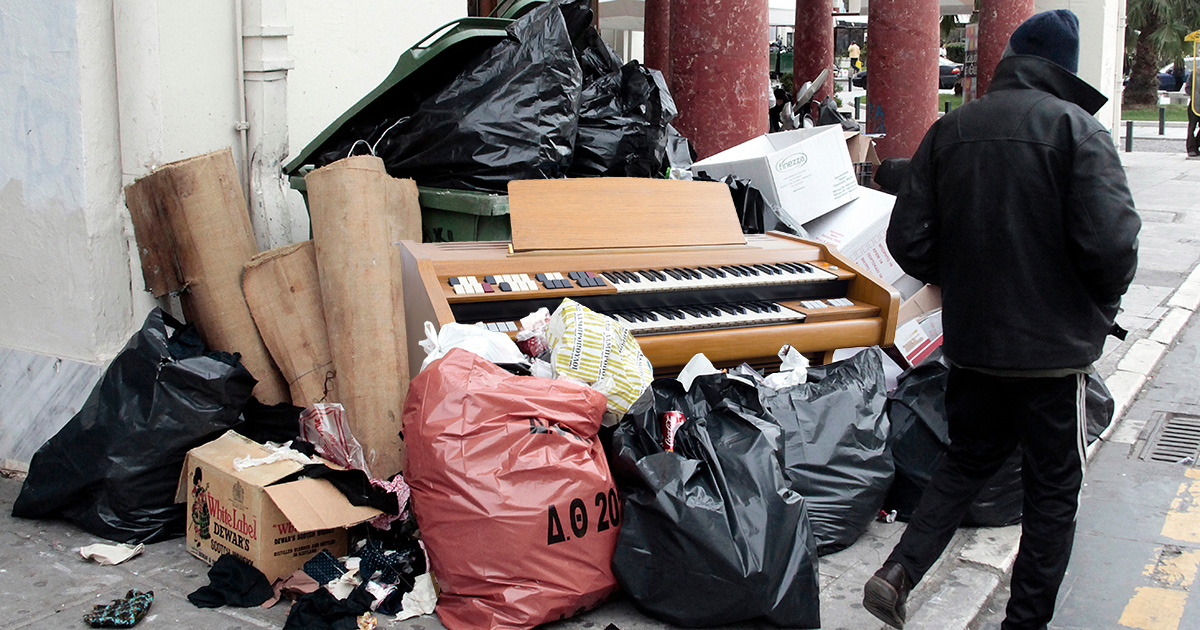 AMHERST, Mass. — Local resident Minkont Cranford stunned his roommates yesterday with his acquisition of an oversized, bulky organ, discovered on the street for free near his second-story apartment, exhausted sources confirmed.

“Can you believe someone just left it there?” Cranford said of the 400-pound ground score. “It’s vintage! This thing’s probably worth a shit-ton of money. And look at all these pull-tab slider thingies — there’s even a built-in drum machine, with settings like ‘jazz,’ and ‘samba.’ I can make a whole album with this baby.”

Cranford’s roommate, Stetson Puleo, claimed these occasional bursts of enthusiasm are all too familiar.

“I’ve seen this before,” Puleo said. “But usually when he brings home a new instrument, it’s something like a toy piano from the thrift store, not a full-on piece of furniture. I would say something, but he’s been pretty cool about the antique easel I brought home — it was supposed to inspire me to paint again, but I’ve just been using it to dry laundry.”

“That thing’s been taking up space in the living room ever since my ex-roommate brought it home two years ago,” Proctor stated. “She played it for a couple days, and then it mostly became another surface to keep her dying plants on.”

Proctor noted that although the organ has always changed hands with no money involved, there are several hidden costs to be considered.

“I really pulled something in my lower back carrying it into the house, which will probably affect my life for years to come since I don’t have insurance,” she said. “Plus, one time someone accidentally left it on for a week and our power bill went up $80 that month. So that was fun.”

However, despite the many drawbacks, Proctor doesn’t entirely regret her time with the organ.

“I’m keeping the bench. We usually pull it into the living room for movie night,” she added. “Plus, the top lifts up and you can put stuff in it.”

At press time, Cranford was already passing the organ off to an unidentified recipient, who sources heard saying, “It’s free if I can get it down the stairs. What a score!”