Roomba Only One in Punk House With Job 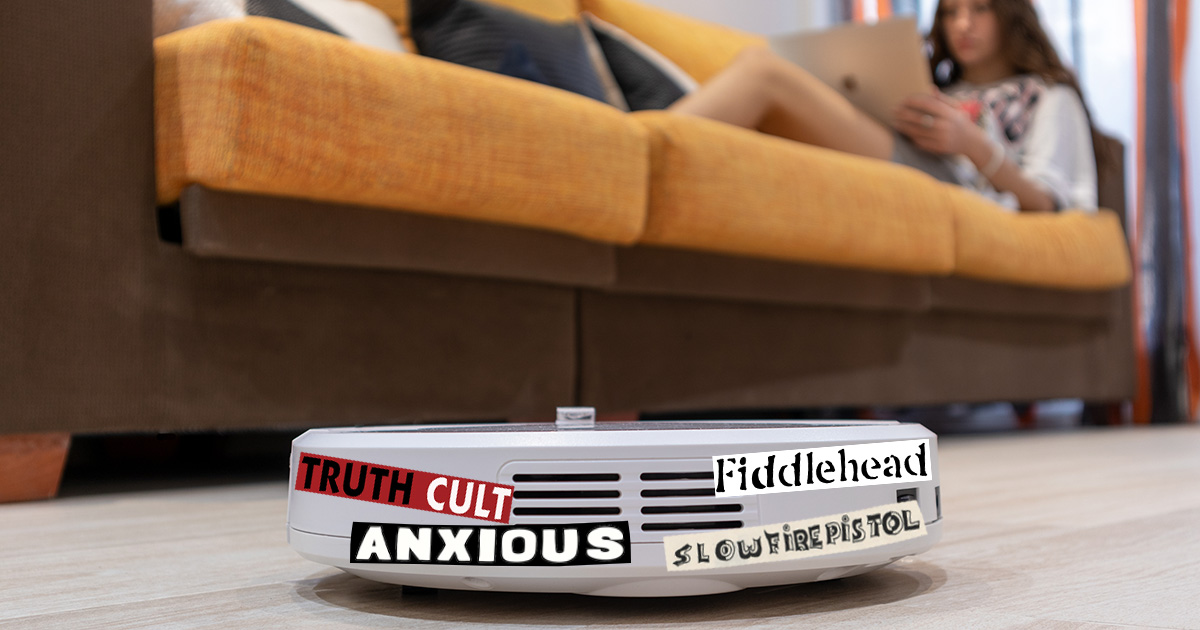 PHILADELPHIA — A black Roomba S-694 autonomous robotic vacuum cleaner is, in fact, the only tenant in a local punk house with a job, according to recently released financial records.

“That little dude works around the clock. I didn’t think it was worth the risk when Peanut stole it from Best Buy, but this thing proved me wrong,” said roommate Dave Andrews, aka “Other Dave.” “We’re so inspired by his work ethic, getting up at the crack of dawn only to spend the day sucking up cigarette ash and food crumbs. He literally picked himself up by my bootstraps once. He’s motivating, honestly. I guarantee you that as soon as the rest of us polish off this ounce of weed I found in a bush, we’ll be looking for work, too.”

Landlord Michelle Smith was shocked to hear the five adult humans living in the two bedroom apartment were jobless.

“They never missed a payment, so now I’m worried they are stealing copper to get the rent money,” said Smith. “I thought they had a t-shirt business or a rock and roll band or something? ‘Original Dave’ told me they were getting PPP money or something. They’ve got like three drum sets in there! I just assumed they worked or had rich parents. Shit. I gotta get that Roomba on the lease.”

The Roomba admits that it’s proud of its contribution to the apartment’s bottom line.

“Look, I vacuum my pants on one leg at a time like the next guy. I’m a working class robot. I roll out of my charging station and begin sucking up bong water and guitar picks,” said the Roomba. “There’s a quiet dignity to my work, unless I get stuck on the cat’s tail again. Plus, I’m sure my human roommates will help pick up the financial slack when they can. I know the one with the mullet is considering selling their plasma, which could be big for the house. Then again, I’ve sucked up their blood and it’s gotta be at least fifty percent Fireball at this point. I couldn’t see straight for a week.”

As of press time, the Roomba was considering whether it could make it across the street to a nicer house when no one was looking.