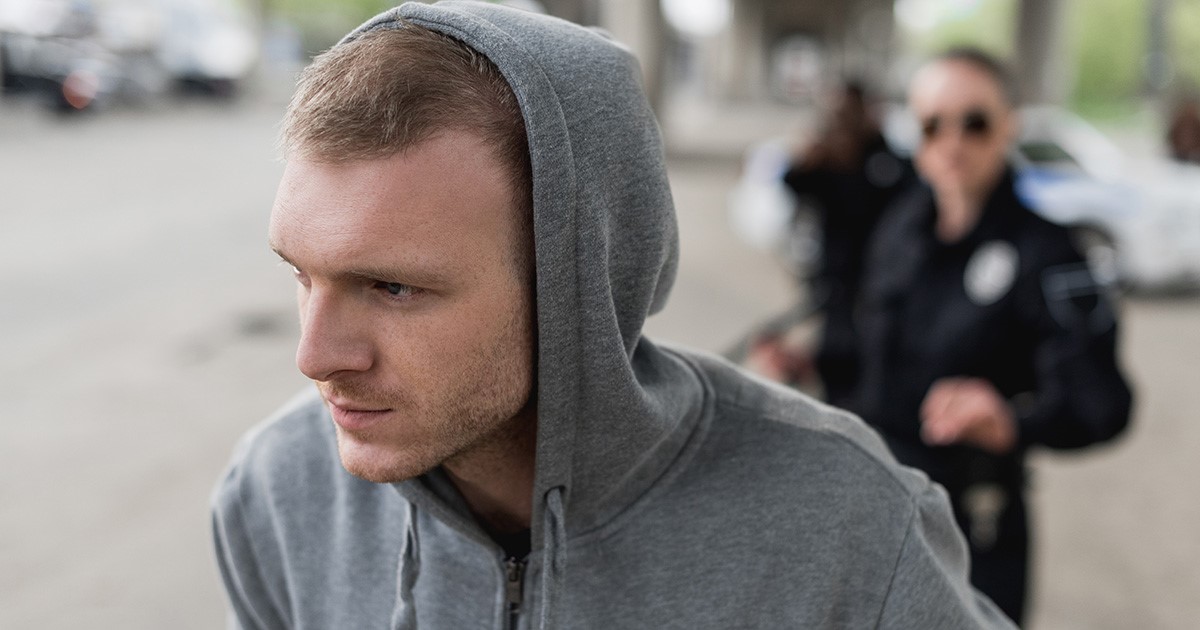 “There I was, running away from the crime scene,” Linders in a phone interview from the New York Correctional Facility. “I’d just told those pigs I’d see them in hell… only to find out we were all going in the same direction. Talk about egg on my face.”

Linders, a longtime bank robber, admitted he forgot the “number one rule” of pulling off a heist.

“You never tell dirty coppers they’ve seen the last of you unless you’re sure — dead sure — you won’t be leaving in the same direction,” explained Linders. “I guess my getaway car was parked in the same direction as their squad cars or something, but man… yeah, that was super awkward. Especially when one of them smashed my face on the ground and jammed their knee so hard into my spine, my feet went numb.”

Linders faces charges of aggravated assault, robbery, fleeing the scene of a crime and resisting arrest, and could face up to 20 years in jail. But, according to arresting officer Rick Frattalone, he should also face a charge of “being a real weirdo.”

“It’s always tough when someone says ‘goodbye’ and then goes the same direction as you,” the 18-year NYPD veteran said. “Unfortunately for him, I had to go that way to do an arrest, which is a big part of my job. What are you even supposed to say in a situation like that, aside from, ‘stop resisting?’ Thank God he exercised his right to remain silent on the trip to the station, because I really didn’t want to rehash that.”

For his part, Linders claimed this wasn’t even his most embarrassing workplace encounter.

“Once, I was robbing this guy’s home, right?” the robber said. “And right before I conk him on the head and take all his stuff, I said, ‘Lights out, Dad.’ Can you believe it? I was mortified. I can only hope the bonk gave him a traumatic brain injury and he forgot all about that.”