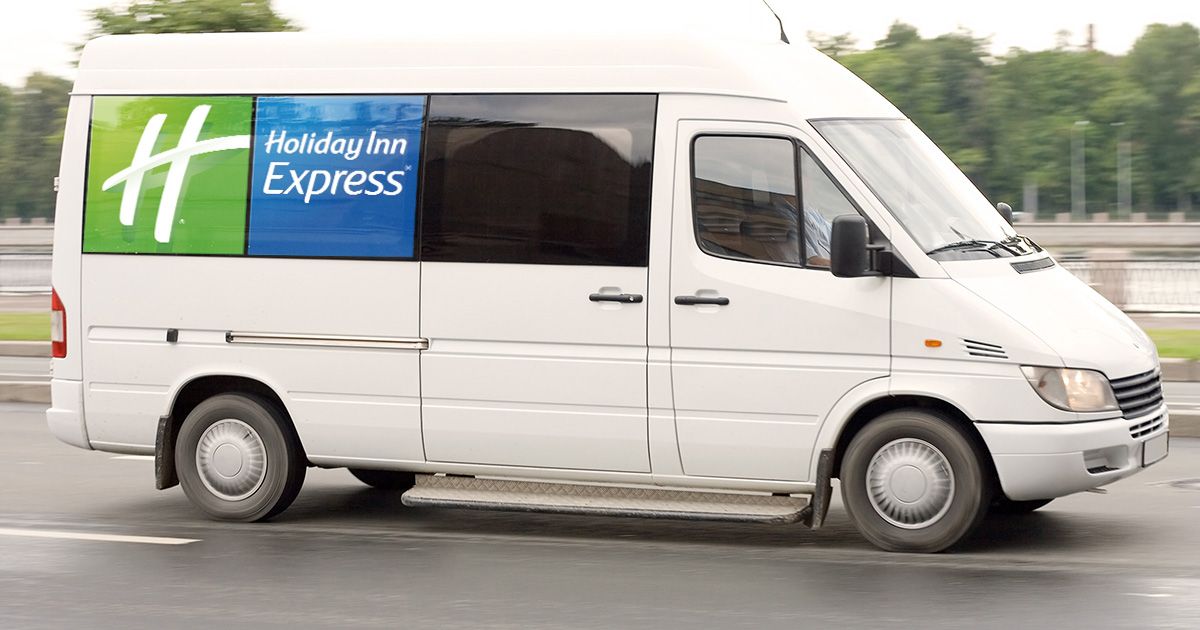 ATLANTA — A 1996 Ford Econoline E-150 is spending its retirement transporting guests of the Holiday Inn safely to and from Hartsfield-Jackson International Airport after a successful 20-year career as a national tour van for various punk, ska, and post-punk bands, various part-time shuttle drivers confirm.

“I spent two decades getting driven around North America by kids in bands, chasing after their musical dreams. Sure, they were punks, but they were my punks. I loved the lifestyle—every day something new, the long days and late nights. Through good times and bad, I was always there for the kids. Unless I got stolen, which happened a couple times,” said the cargo vehicle, while parked outside the hotel entrance. “Anyways, after my last band got signed to a major label and moved up to a tour bus, I decided it was time for me to retire. I’ve got 193,000 miles on me and have had more windshield replacements than I can count, but I’ll be damned if I just sit idle in a parking lot. I’m glad to be staying active in my later years.”

A fellow member of the Ford E-Series who drove on many of the same tours is also looking to retire soon.

“I’ve known that motorized legend for years and have always admired him. He was a great mentor to me when I was just starting out,” said the tour van en route to kick off a Midwest tour. “I’m a 2002 so I’ve still got a couple more tours in me before I call it quits, but I’m looking forward to settling down on a less demanding job. I thought about maybe getting a gig as an UberXL or becoming part of the Amazon delivery fleet, but I’ve heard both have lots of odd hours and just kind of suck. Airport shuttling seems like a nice way to serve the public while maintaining a good quality of life.”

Local auto mechanic Mo Jones, owner of Big Mo’s Big Cars, believed this van was not like any other.

“I’ve worked on thousands of large vehicles in my day, and hardly any make it to the age and mileage that this Holiday Inn van is at,” said Jones. “Especially considering how many times it was backed into dumpsters or smashed into walls while trying to fit behind a venue to unload, it’s amazing this rig still drives so well. Guess it just goes to show what staying on top of routine maintenance will do for longevity.”

At press time, the airport shuttle stated that while it expects to have a few more good years left, when its day comes to cross the rainbow highway, it has arranged to have its parts donated to a local trade school for education and research purposes.