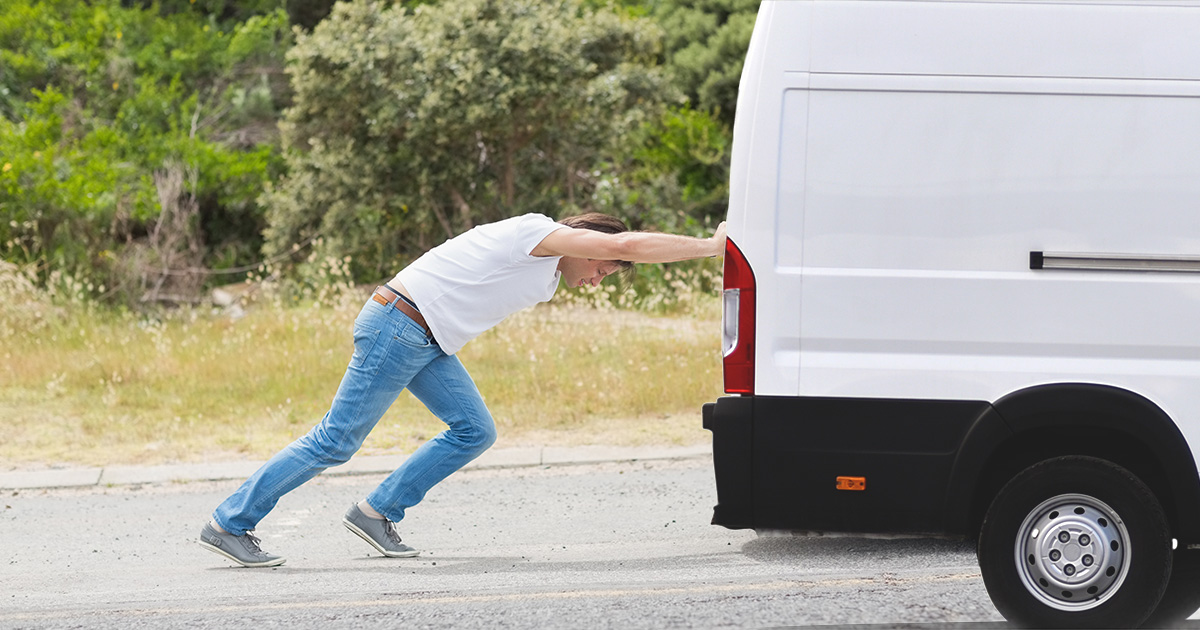 EAST LANSING, Mich. — Members of local punk band Appeal To Hell are seriously considering getting out of their tour van to help their bassist push it, according to impatient sources.

“Kev is our fourth bassist. The first two quit and the third went to barber school, so we’re excited to have him join for this tour,” said one of Appeal To Hell’s three guitarists, granted anonymity because he hasn’t come up with a cool stage name yet. “It’s not like we hired Kevin just because he has rich parents who promised to pay for the vinyl run of our EP, it’s because of his ability to play root notes on his bass fairly quickly and his tree trunk legs. This van isn’t exactly reliable and we need someone that can move this thing even up hills. As such, we are definitely really thinking about helping him push the van these last four miles to the venue. We make all decisions as a group, though, so we gotta wait for Miranda to wake up and she’s super hungover.”

Bassist Kevin Koening, pausing to drink a can of warm beer passed to him through the rear window, was unbothered by the Sisyphean task and public humiliation.

“I just want to thank the guys and hopefully Miranda for considering coming out here and helping me haul this five thousand pound van full of sound equipment, Ramen noodles, and overpriced merch,” said Koening, whose hands had gone numb from the cold. “Even though I’m new, I’ve seen how hard this band works every night playing our fifteen-minute opening set on this house show tour. If the rest of the band decides to get out of the van and push with me, that’s awesome. If they just want to get out of the van to make it significantly lighter, I’d sure appreciate that too.”

Michigan State Highway Police were eventually called to the scene.

“We got a call from multiple concerned drivers who saw a scraggly young man attempting to singlehandedly push a van down the highway. We were concerned for his safety, but more so for the safety of any singers or–God forbid– lead guitarists that may have been on board the vehicle. Live music at nontraditional, all-ages venues plays such an important role in our community. Upon arriving on scene, our officers promptly pepper-sprayed the young man and gave the rest of the band a ride to their next gig. Mr. Koening even thanked us for our service.”

As of press time, other band members were playing rock-paper-scissors to decide who would tell Koening he is going to have to call his parents for bail money.