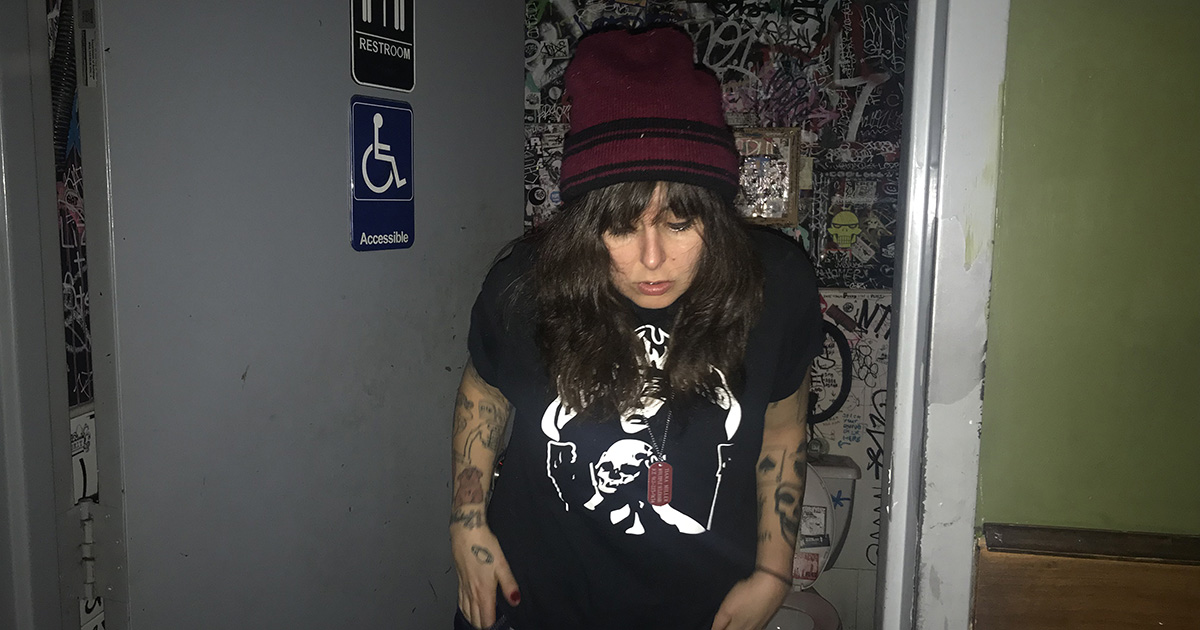 “I swear to God, it wasn’t me — it was that big, burly guy who went before me. You saw him, right? I mean, someone must’ve seen him,” said Bishop, denying any responsibility for the shit-speckled toilet and walls. “Maybe I added like, a small percentage of pee to the piss puddle that was already there… but I think it’s hilarious you all actually think I’m the one who wrecked the bathroom. It’s so funny. But really, though, you know it wasn’t me, right? Is that what people are saying?”

However, many in line behind Bishop argued the length of time she occupied the facility would account for that level of soiling.

“Oh, yeah. She totally did it,” said Steven Haynes-Toller, who was directly in line behind Bishop and the first to see her walk out. “I remember the second our eyes locked as she opened the door to leave: she saw the smell hit me, then she barricaded the door and blurted, ‘It was already like that!’ But I’m pretty sure I saw her eating clam strips from her purse out on the smoker’s patio like, 20 minutes before she went in there. Not hard to connect the dots.”

Bar owner Vincent Parisi has since quarantined the bathroom, claiming the smell has not dissipated. So far, two professional cleaners have already refused the job.

“The last time we had to have a clean-up crew come in was our G.G. Allin-themed karaoke night. Even then, everyone shat on the stage, so the bathroom wasn’t this bad,” Parisi said, shaking his head and pulling gallons of bleach out of the back of his Mazda. “You don’t want to believe one person is capable of all this. It’s haunting.”

At press time, Bishop was doubling down on her claims, exclaiming loudly that “management should really do something about the bathroom” to no one in particular while laughing nervously.