Report: Punk with Poster in Frame Must Be Doing Pretty Well for Himself 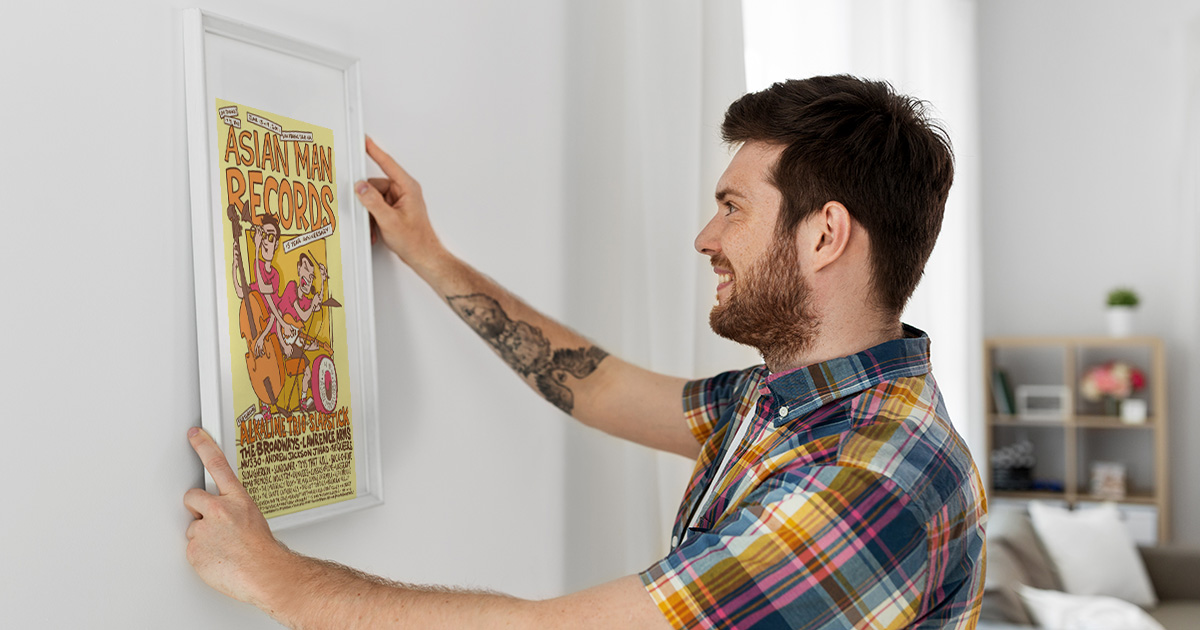 ERIE, Penn. — Local punk Jackson McCreedy is thought to be “rolling in dough” today, as his old Asian Man Records poster is now encased in a store-bought frame, sources who hope to benefit from their friend’s vast wealth confirmed.

“Jackon’s had that poster forever. I’ve seen it affixed to his wall with all kinds of stuff: tape, old nails… one time, just an old band aid and a glob of hair gel,” said Callahan Miller, long-time friend of and current holder of several IOUs from McCreedy. “He’s been doing a shitload of other rich people stuff lately as well — like, he stopped stealing his groceries, and started paying for them. And just last week when we went out drinking, he didn’t just order PBR: he actually tried some of the other beers, like he was some sort of fancy business man on vacation. Maybe he’ll finally pay me back the $40 I lent him for Less Than Jake tickets.”

“I don’t mean to brag, but I guess I did make out pretty good after I got a settlement when I was run over by a city bus earlier this year. For the first time ever, I’m able to splurge on a few luxury items — like toothpaste, and name-brand ramen,” said McCreedy while selecting the more expensive “Super Wash” option at a nearby laundromat. “The poster frame, though, was something special just for me: something to show the world I’ve finally made it. Sure, it’s an elitist symbol of capitalist decadence, but on the other hand… poster.”

However, not all were impressed by McCreedy’s new found affluence — specifically, the young man’s landlord and uncle, Reginald McCreedy.

“That frame’s a piece of shit,” criticized the elder McCreedy. “It’s just a cheap plastic frame, and he didn’t even buy the right size — I can see the fucking stock photo that came with it around the edge. That thing might look nice hanging in the gutter after I evict his freeloading ass. This kid oughta start spending less money on shitty frames, and more on the four months back rent he owes.”

Further flaunting his wealth, Jackson was later spotted at Home Depot buying four cinder blocks and a new sheet of plywood to support his mattress.