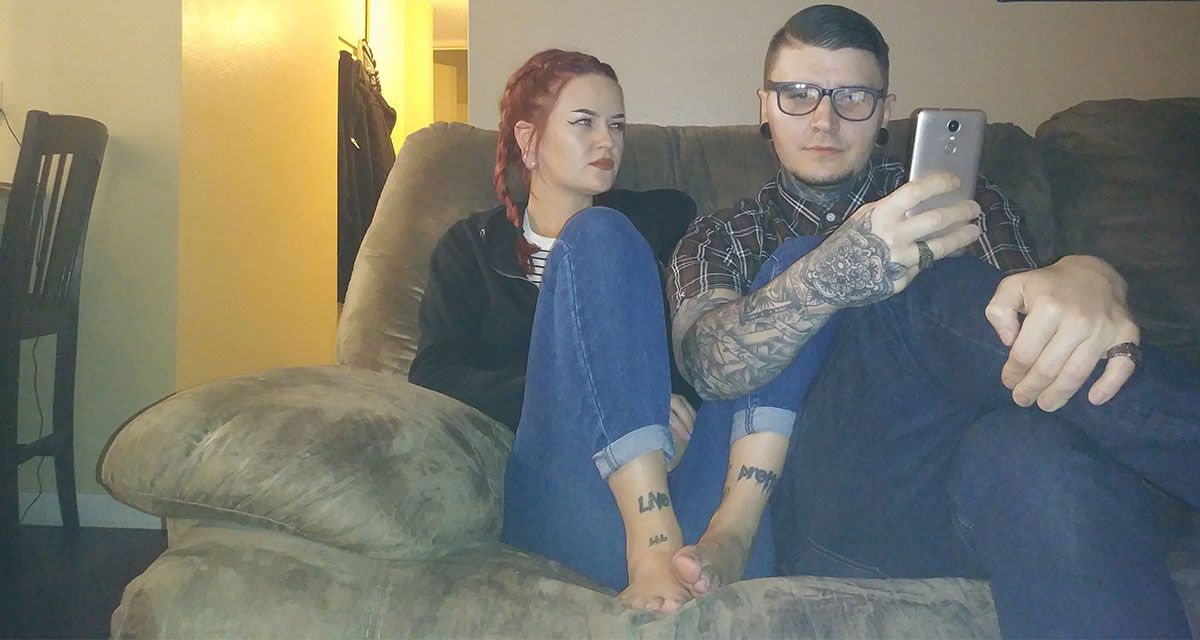 “I’m not one of those controlling girlfriends — I really don’t care who he’s friends with on some stupid photo app,” said Sandoval of your social media indiscretions. “But, yeah… I did get a laugh when he liked Beckylovespizza’s pictures at the beach where her butt is almost all the way out. When I scrolled back a few years in her timeline, I saw he only liked photos of her working out, half naked, or whenever she posted photos of her cats. So, yeah… just a little weird.”

“It’s just that I’ve never once heard him mention anyone named Becky, so if they’re such good friends, I figured she would’ve come up by now,” added Sandoval.

You tried your best to defend your actions, but only dug yourself into a bigger hole.

“I tried to tell Lisa this wasn’t a big deal, and she said, ‘If it’s not a big deal, then unfollow her,’ and that’s why I’m sleeping on the couch tonight,” you said while scrolling Instagram with only the dim light of the television illuminating the room. “I should’ve just kept my mouth shut, but instead, I did the dumbest thing possible and suggested she might be ‘acting a bit hormonal.’ Then she brought up the night she caught me texting my ex-girlfriend and asked if she was being ‘hormonal’ then, too.”

“Instagram is unique in catching users in so called ‘thirst traps,’ much to the dismay of their romantic partners,” said Scriven. “But you need to look at the whole of their social media activity to make an accurate judgement — if your partner has double-tapped mainly photos of MMA fighters, tattoos, and ‘Simpsons’ memes with the occasional butt thrown in there, you’re in good shape. It’s likely no one on the internet or in real life would ever take them seriously.”