Report: Five Beers and a Bunch of Chips for Dinner, Again? 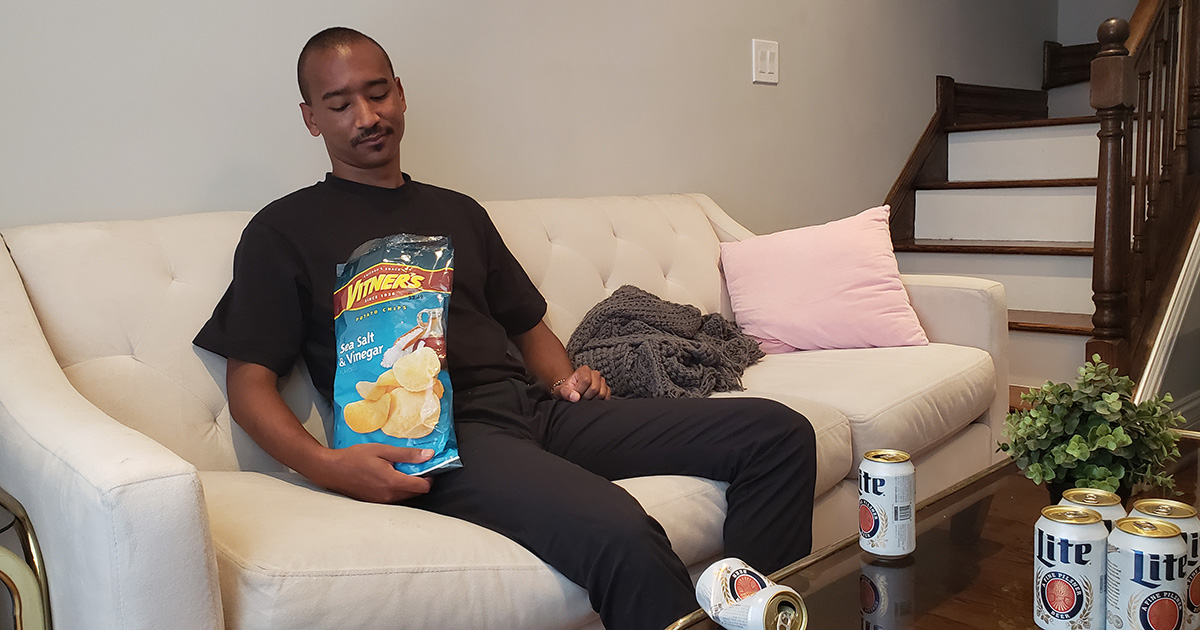 PHILADELPHIA — Local man Ollie Harris forced down another five beers and a bunch of chips moments ago in an attempt to finally eat something of substance after going the entire day without eating, according to concerned sources.

“After looking around the kitchen, I decided it was just better for me to stick with the ol’ standby again — I mean, it was probably enough calories or whatever,” said a still-hungry Harris while smoking a cigarette in a bathrobe. “I think it’s fine. The grocery store lines are absurd, and there are mountains of trash outside since the city’s sanitation department all got COVID, so why even bother.”

Witnesses confirm that while Harris might have valid reasons for avoiding grocery stores, there is a wealth of real food in the house he could consume.

“We have some food — it just takes like, half an hour to cook, and he just doesn’t want to put that kind of effort into anything,” Harris’s roommate Shelly Vorback noted. “I offered to cook something for both of us, but he just looked at me funny and said it wasn’t his turn to do dishes. I’m not sure how long adult humans are capable of surviving on just snacks… and I hope I’m not the one who finds out.”

“He’s given up,” said clinical psychiatrist, Dr. Elizabeth Moore. “He’s been struggling since the start of the pandemic. This behavior basically correlates with the changing times — like the day Trump tweeted ‘LAW AND ORDER’ 12 times. He hasn’t shown up to any of our appointments since unmarked federal agents began to arrest protestors, so I could only imagine how much further he has spiraled with everything going on now.”

At press time, Harris was seen making a castle out of empty beer cans while wearing a gas mask.