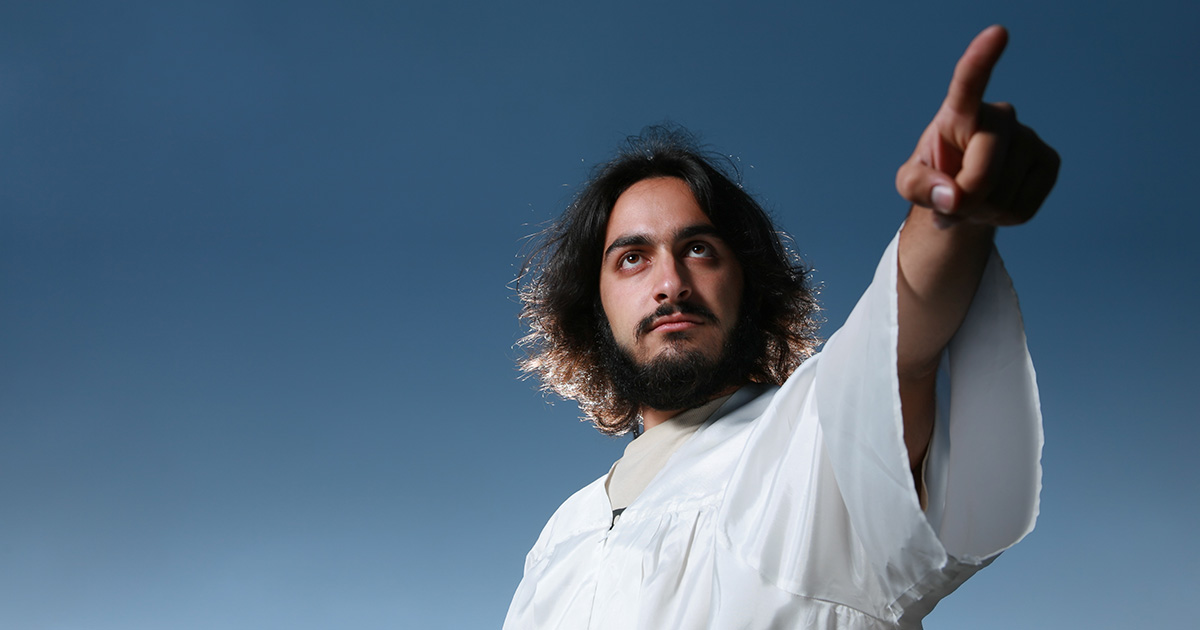 WASHINGTON — A new study released last week by the Pew Research Center suggests that nearly 12% fewer Americans identify as Christ reborn compared to even just a decade ago, which experts believe is related to general decline in spirituality across the country.

“As recently as 2008, you could reasonably assume a majority of Americans we polled would readily identify as the Horn of Salvation sent to Earth to thwart Barack Obama’s attempts to usher in the end times through his satanic reign of darkness,” explained lead researcher Marianna Bryant. “Nowadays, many of those former Christ Incarnates instead focus on fully rewatching ‘The Office’ before it leaves Netflix in 2021.”

“I used to wake up every morning excited to proclaim my divinity to the masses and call for the holy extermination of libtards,” said Jim Apollo Jehoshaphat, strolling nude through a field of tall feather pink pampas grass. “But life got busy, and the time between blood sacrifice rituals just got longer and longer… until one day I realized I hadn’t bathed a nubile teen in pig’s blood in well over a year. That’s when I thought, ‘Maybe I’m not the Son of God.’”

Despite an overall decline in persons believing themselves to be the Alpha and the Omega, America remains a majority religious country, and many still cling to their faith even as others fall away or get jobs in town.

“You can spout your little ‘facts’ about how radical eschatology isn’t as popular as it once was, or how I’ve incorrectly prophesied when the Earth will end over a dozen times. But I’ll never stop believing God called me to bring about the Rapture by creating and running a successful meth lab,” said Balthazar “Jeff” Christodoulou, smearing somebody’s feces from a backpack on a McDonald’s drive thru menu. “I’ll have a number two with a large Coke, please.”

Researchers did note that while fewer Christians identify themselves as the Second Coming of Christ, an increasing amount “strongly believe” President Donald Trump would “kick Jesus’ ass in a fist fight.”