REPORT: DVD You Were Watching Put in Case of DVD You’re Currently Watching 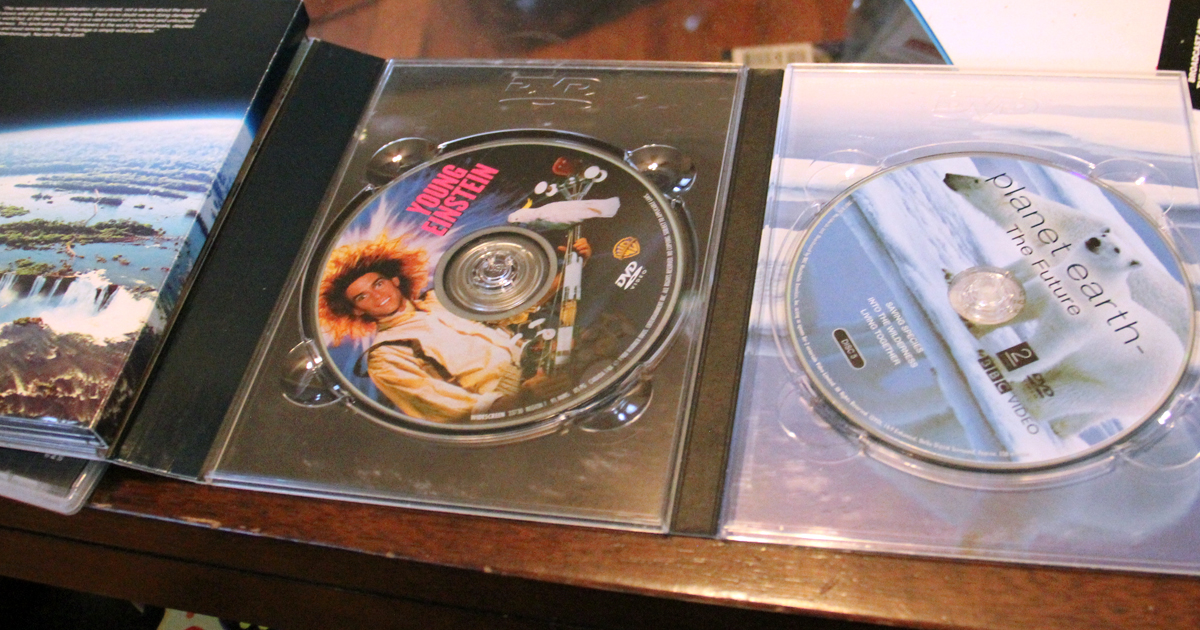 PORTSMOUTH, N.H. — An alarming new report released today found that your DVD collection is in disarray, thanks to months of putting the DVD you just watched in the case of the DVD you’re currently watching.

“I used to lay the old DVDs on top of the player, but they’d get dusty and fall behind the TV stand. That’s when I developed my foolproof system,” you said while trying to find your copy of “Dirty Work.” “To find a movie, all I have to do is remember the day, time, weather, and my mood the last time I watched it. For instance, last time I watched ‘Snowpiercer,’ it was 2 a.m. on a Tuesday and I was drunk as hell. Therefore, it’s in ‘Billy Madison,’ because I usually watch that when I’m hungover.”

“No, wait. ‘Snowpiercer’ is in ‘Ghostbusters.’ See? Foolproof,” you added.

“This ‘system’ is absolute trash. Yeah, I have a system, too. It’s called putting the right goddamn DVD in the right goddamn case,” said Carter. “The other week I had the urge to watch ‘Blue Velvet,’ and when I asked where it was, he got really snotty and said, ‘Obviously it’s in ‘Young Einstein.’ Then he gestured towards an insane chart on the wall with polaroid pics of my DVDs and yarn connecting them. How is making this chart easier than putting the movies away right?”

Thrift store employee Elsie Velasco is all too familiar with this apparently very common phenomenon of improper DVD storage.

‘Thanks to streaming we get lots of DVD donations now. Obviously it’s appreciated, but apparently everyone in the world has an aversion to putting movies back where they belong. I would so rather just deal with the bedbug-ridden clothes donations than this crap,” said Velasco. “At first it was like a card matching game where we try to find the right movie… but after a while we started slapping duct tape over the case, writing the DVD name on it, and calling it a day.”

At press time, Carter announced she is moving out of your apartment, claiming the final straw was that you “fucked up her GameFly queue beyond all recognition” again.