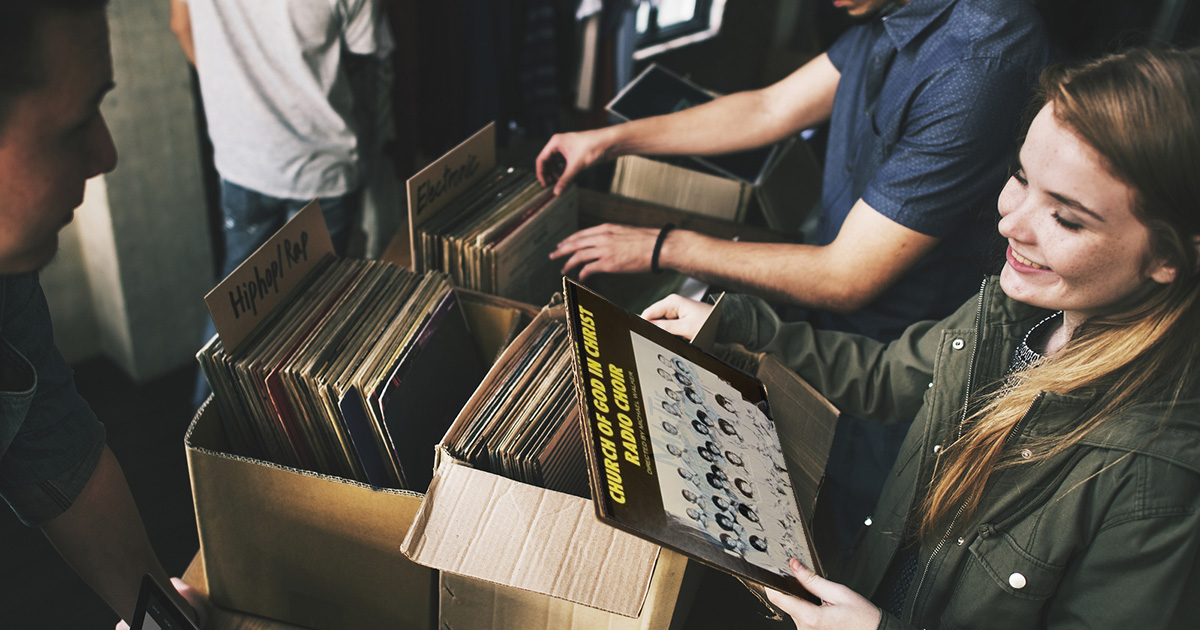 SALT LAKE CITY — Employees of a local Goodwill thrift store reported a loud disturbance today, as a woman discovered several crates of religious music on vinyl and shouted her praises to the heavens for her enormous haul, confused and annoyed sources report.

“Oh my gosh! Are you guys seeing this!?” the woman, identified as college freshman Brynlee Allred, shouted in the music aisle. “Who would just give away a sealed ‘Kurt Bestor Christmas’ double LP? Don’t you guys know you’re sitting on a goldmine?”

Allred claimed she’d never bothered to check out the vinyl section before, but when her fiancé bought her a record player for her 19th birthday, she took a look and was clearly not disappointed.

“Whoa! They’ve got a Jars of Clay ‘Greatest Hits!’ Have you heard ‘Flood?’ It absolutely rips!” Allred said excitedly as she filled her basket with prized vinyl. “I even found a copy of ‘The Buttercream Gang’ on laserdisc, and what the heck, I picked up a cassette of ‘Yanni: Live at the Acropolis’ for good measure. Just don’t tell my R.A. — a mustache like that could get me kicked out of BYU!”

Goodwill employees were baffled by Allred’s excitement, since many of her selections had sat on the shelves for months and were very close to being sent to the local dump.

“Yeah, I dunno what that crazy girl’s deal was,” said Amber Brighton, a cashier at the store. “She completely lost it when she found that Stryper live album… which was literally worth a dollar. And when she saw someone restocking a ‘Saturday’s Warrior’ soundtrack, she straight up ripped it out of his hands and scared the hell out of him. I guess the old saying is true: one man’s trash is another weird Mormon lady’s treasure. I just hope she doesn’t find the book section.”

At press time, Allred was heard shouting across the store, “They’ve got books too!?” She later added, “Look at all this Glenn Beck!!”