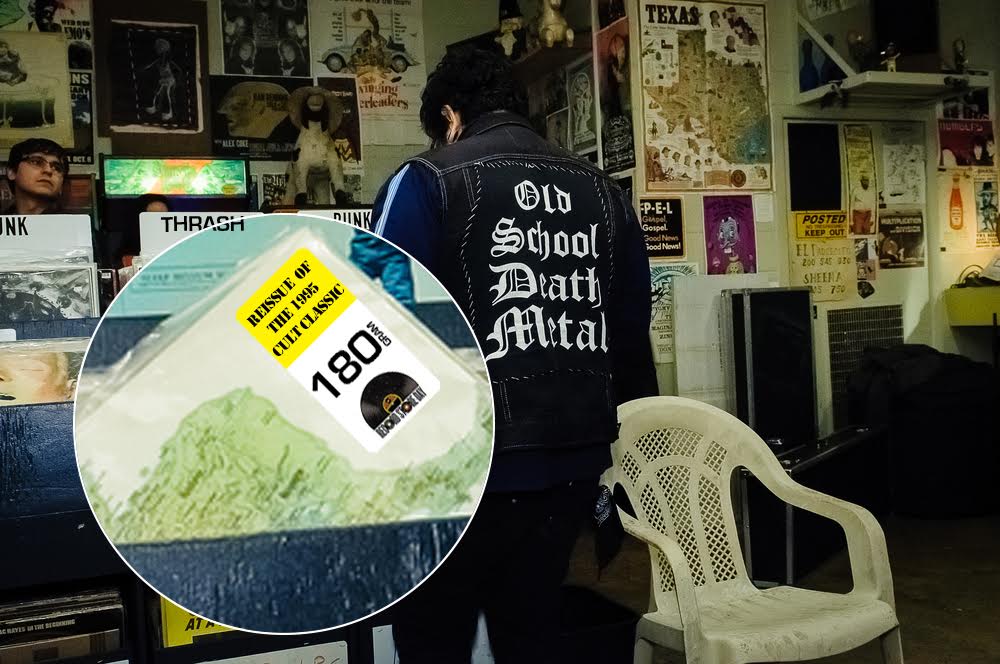 Founding Disofficer members Jim Shultz and Logan Schumacher came up with the idea after a chance meeting at the Seward Café, a local hot spot for out-of-touch punk fans.

“We saw a flyer on the community board at the Seward for Extreme Noise’s 20th Anniversary Fest, and we planned on going together, but I couldn’t find a babysitter. So we ended up watching a bunch of YouTube clips of the show and realized how many people were actually still into old punk,” said Shultz from his modest, three-bedroom home. “We figured now would probably be the best time to re-release our first record.”

“I keep hearing about Record Store Day and all these limited runs, so why not repress these suckers… you know, so the kids can check out the classic shit from back in the day,” said Schumacher. “We blew through a thousand of them the first time.”

A special reunion show featuring only these two original members was sparsely attended, and the re-release seemed to garner the same response as the original pressing.

“I got a pretty big year-end bonus at work, so it was now or never. The plan was to invest in the records, make a profit and then take the family to the Caribbean,” said Schumacher, clearing space for the records in his garage. “But that didn’t really pan out.”

Related: Band Embarks on 28th Tour in Support of LP Released in 1984

“I just don’t get it,” complained Shultz with distinct sadness in his voice. “We sold a bunch back in the day, but no one seems to be mail-ordering it, and no distros wanna pick it up either. I don’t get it at all.”

“They got back together? And reissued that thing? Why? They should have talked to me. I’ve still got like 700 of those fucking things in my basement. I drop a few off at Ex Noise every couple months for beer money. You can have one if you want. Here.”

Article by Ray Martinez (of No Friends Zine and formerly Poseur Alert).