Man Fucked if he Wins All Current Ebay Wars 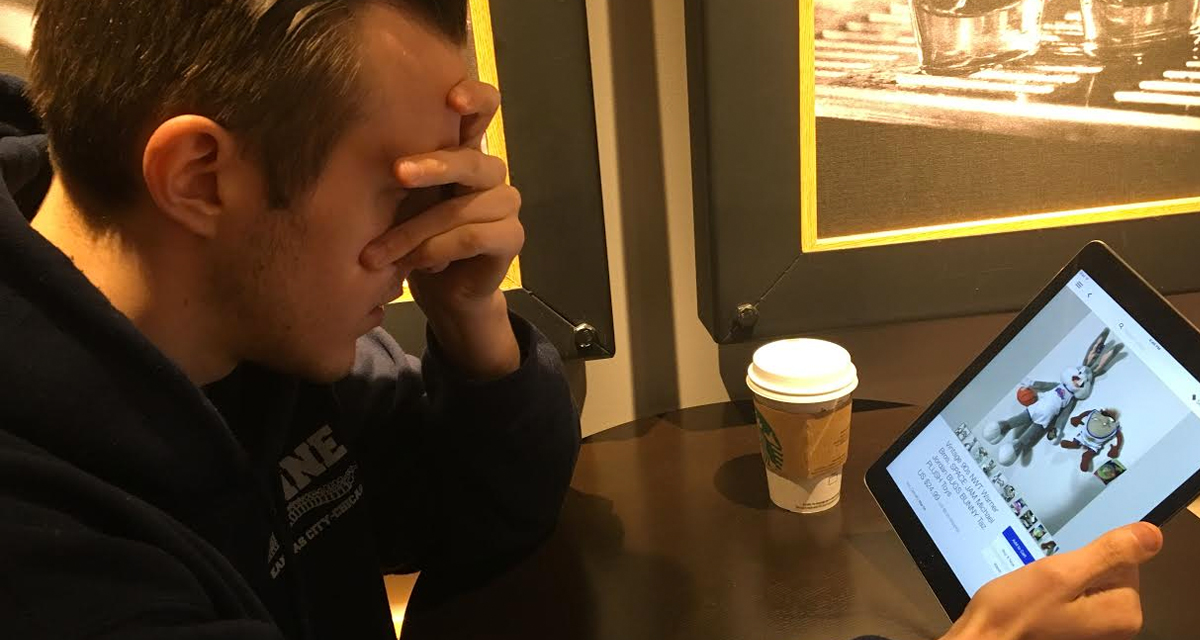 DETROIT – After amassing a total potential tab in bids of nearly $7,000, local man Daniel Thompson realized that he is completely, utterly fucked if he wins every eBay auction in which he is currently participating.

“Jesus Christ — I can’t afford any of this,” muttered a perspiring Thompson as he continuously refreshed the auction page for an assortment of Space Jam stuffed animals, on which he bid $65 dollars mere hours ago.

Thompson’s three hour bidding-binge was inspired by a small bonus in pay from work, which gave Thompson a false sense of personal wealth. Since beginning his eBay session, Thompson bid on items such as an three test presses of Title Fight’s ‘Hyperview,’ a bootleg XXL Gorilla Biscuits shirt, and autographed headshot of Wayne Brady.

“I don’t even like Hyperview — that album sucks. I only searched it just to flip it down the line,” said Thompson. “Shit. Fuck me!”

Thompson’s bank account is still recovering after he spent over $800 on Ben Sherman polo shirts last month. “They seemed like a deal at the time; I’m still not sure why nobody else fought for them. Goddamnit, they better not be fakes. I bought 12.”

Most disturbing perhaps was the recklessness with which Thompson bid on random items, which he claimed was mostly as “a joke” and “should not be taken seriously.” When asked about the full record collection he bid on, he commented: “I mean, $500 for that many records is a steal, plus the guy says he has five mint condition “Chung Kings” buried in there somewhere,” Thompson said, squinting at his screen. “But I’m starting to suspect I just bid $500 on a fucking picture of this guys records. Bastard fuck, maybe someone else is stupid enough to bid on it in the next two minutes.”

Devin Wenig, eBay’s President and CEO, weighed in on Thompson’s state of affairs, noting that “eBay is a great place for collectors and hobbyists to find rare items. It is also a place for idiots to overspend. If he tries to bail on the money he owes us, I swear to god I am taking one of his toes.”

At press time, Thompson was trying to think the best way to tell his girlfriend he spent their entire vacation fund on worthless junk.