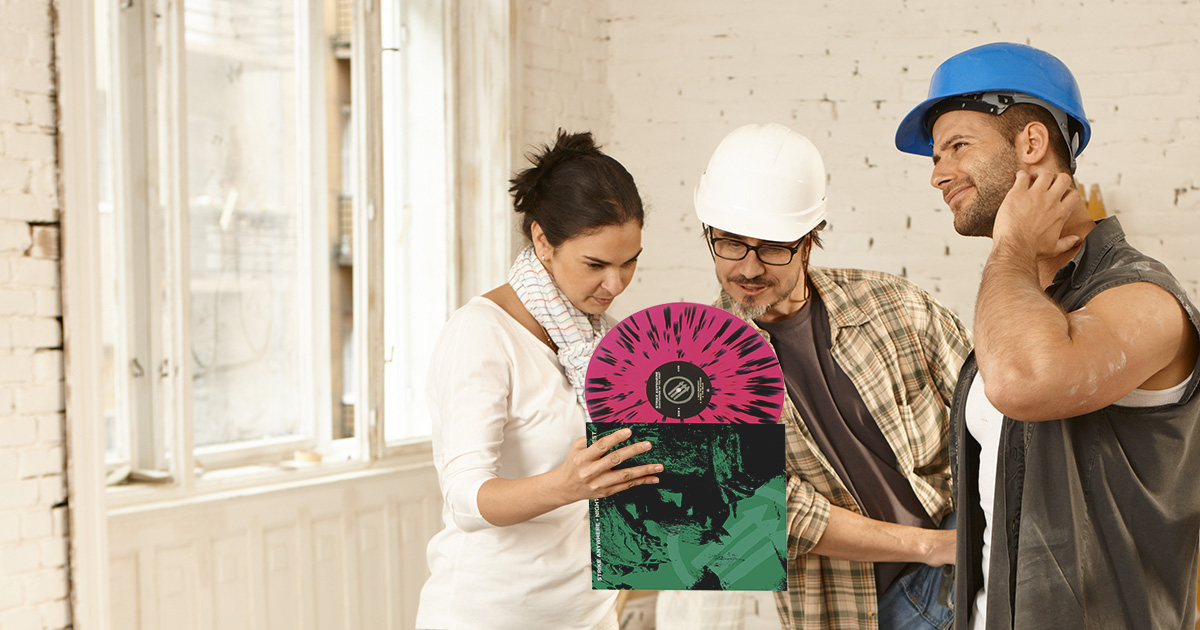 “We all know 180-gram weighting makes such a difference in audio fidelity, so why wouldn’t I want my ‘luxury’ vinyl flooring to be at least that good?” posited Oliver, whose vinyl collecting YouTube channel helped cover her fixer-upper house’s down payment. “And while we’re at it, we might as well go the distance with my favorite record colorway—pink marble splatter. It perfectly matches my ‘Hounds of Love’ reissue. If I could make a deal with God, I’d get him to rerelease Bush’s ‘The Kick Inside’ in a metallic gold vinyl run of 250.”

“People often ask what colors vinyl flooring can come in, but this is something entirely different. I have no idea what the hell Michelle is talking about,” confessed Sabatino, who is the fourth-generation owner of Delta Construction. “She keeps asking if we have splatter patterns, two-tone marbling, and ‘picture disk’ graphics. I told her we have slate, black, and wood grain. That’s it, those are the options. 180 grams? It’s gonna be a hell of a lot heavier than that, yes-sir-ree Bob. Get real.”

Record store owners admit that they’ve seen some collectors’ addictions creep into other aspects of their lives.

“One customer who frequents my shop literally chained himself to the parking lot gate of an Ikea in protest of their discontinuing their Expedit shelves which are famed for fitting records perfectly,” said Barb Kirchner, owner of Jotted Down Records. “Turns out Ikea just renamed it to the ‘Kallax’ but still, wild move. Another addict tried to pawn his girlfriend’s insulin for a Japanese import of The Smiths’ ‘Strangeways’ album. Sure, it’s a great album and that one was in excellent condition… you know, maybe I agree with that move. It has ‘Girlfriend in a Coma’ on it.”

Oliver’s troubles continued, as she reportedly asked her befuddled mechanic if he could limit her Subaru Forester to 45rpm.