Record Collector Flips Pancake to Side B 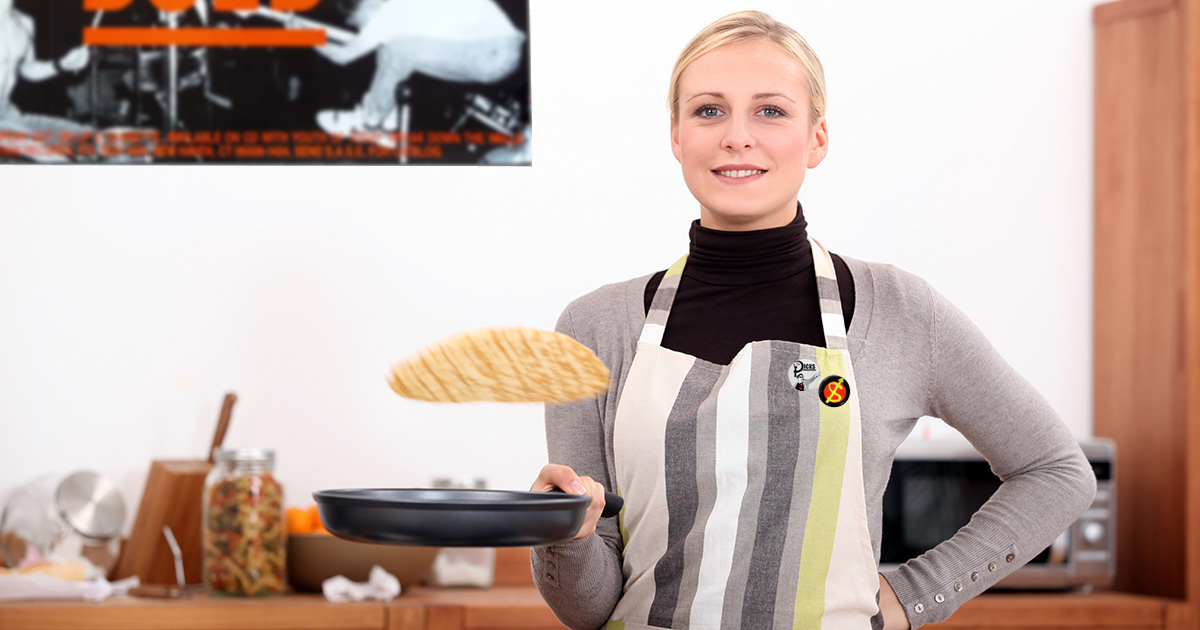 ATLANTA — Local record collector and vinyl enthusiast Annie Gordon flipped her pancake to “side B” yesterday, taking extra time to carefully and dutifully prepare her breakfast.

“As a connoisseur of all things analog, I flip all of my belongings with the utmost care and precision,” said Gordon, ignoring the blaring smoke alarm. “I like to let the pancake sit for another minute or two, just to make sure I didn’t miss any hidden bubbles, but you have to be careful with that — one time I ran to the bathroom and left it cooking on side A, and it got burned to shit and somehow permanently ruined my pan.”

“And don’t even get me started on those silver dollar pancakes,” Gordon added. “You get like, 30 seconds before you have to run back over and flip to the other side.”

While Gordon’s roommates appreciate her attention to detail, they’re still confused by her cooking style and terminology.

“It takes hours for her to cook a meal by what she calls ‘analog cooking.’ She told me she only serves the ‘highest-quality culinary masterpieces,’ none of that ‘weak sauce digitized microwave dinner bullshit,’” said roommate Ella Chang. “She once made mac and cheese and complained about how all the nuance and flavors were super compressed and unrecognizable… but she seemed to know what she was talking about, so we went with it. Whatever. It’s free food, and she does the dishes as she goes, so I can’t really complain too much.”

Reportedly, Gordon’s love of all things analog extends beyond the kitchen.

“She’s really old school, but sometimes it goes too far. To her, the other side of anything is ‘side B,’ whether it’s a pancake, a book, her pillow… everything,” said friend and ex-girlfriend Sam McClanahan. “It was kinda cute, but she ruined one of my Limp Bizkit CDs trying to flip it, and I had to call it quits. It sounds silly now, but this was back in 2003. It was just a different time.”

Further questions revealed Gordon was stoned out of her mind.