Record Collection Organized by What Money Should Have Financed Instead 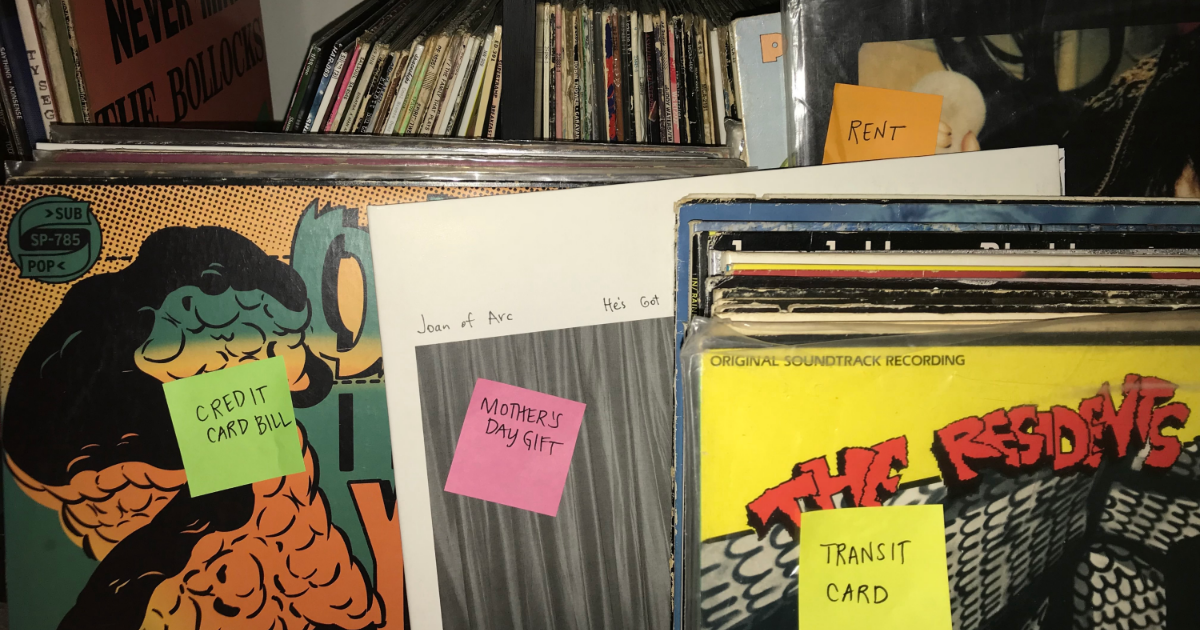 CHICAGO — Local record collector Toni Joyce organized her extensive vinyl collection yesterday by whatever basic life necessity the money spent on the record should have financed instead, impressed sources report.

“It’s still alphabetical,” Joyce explained. “Only instead of going by the artist’s name, the record is filed under the first letter of whatever important thing I ignored in favor of buying it. Like this OFF! EP is filed under ‘O,’ but it’s only there because I was supposed to get an oil change that day. That’s just a coincidence, but you get the idea.”

Inspired by the film High Fidelity, in which John Cusack’s character embarks on a quest to organize his records “autobiographically,” Joyce quickly realized that every moment of her life was centered around never having enough money to get by, but buying records anyway.

“It’s actually much faster for me to find a record this way, because the guilt of misspending is always at the forefront of my mind,” Joyce said, pushing aside a stack of red envelopes all marked “past due.” “Like, when I look at this copy of Neil Young’s On the Beach, I don’t see a dude standing on the beach — I see a couple days’ worth of food and an empty refrigerator. That lets me know this whole section here is records that could and should have been groceries.”

While impractical, those around Joyce admitted to the appeal of their friend’s “Student Loans” and “Friends Who Spot Her for Brunch” sections of the collection.

“There’s actually some really killer stuff hiding out in the smaller sections,” said roommate Michel Degnan, eyeing a rare Locust/XBXRX split that should have been a professional haircut. “Like, if Toni had opened a savings account when she was supposed to, we wouldn’t have this mint first pressing of Kill ‘Em All. I could do without the section labeled ‘Rent,’ though.”

Joyce noted the reorganization has been bittersweet, by and large: for example, the discovery of an Os Mutantes box set, prioritized over a friend’s GoFundMe campaign, served as a mixed reminder of her poor financial planning.

“Yeah, maybe he was only $130 short of his goal… but I think Rick would have wanted me to buy it,” Joyce explained. “RIP, bud. Guess I need to find a different spot for this.”