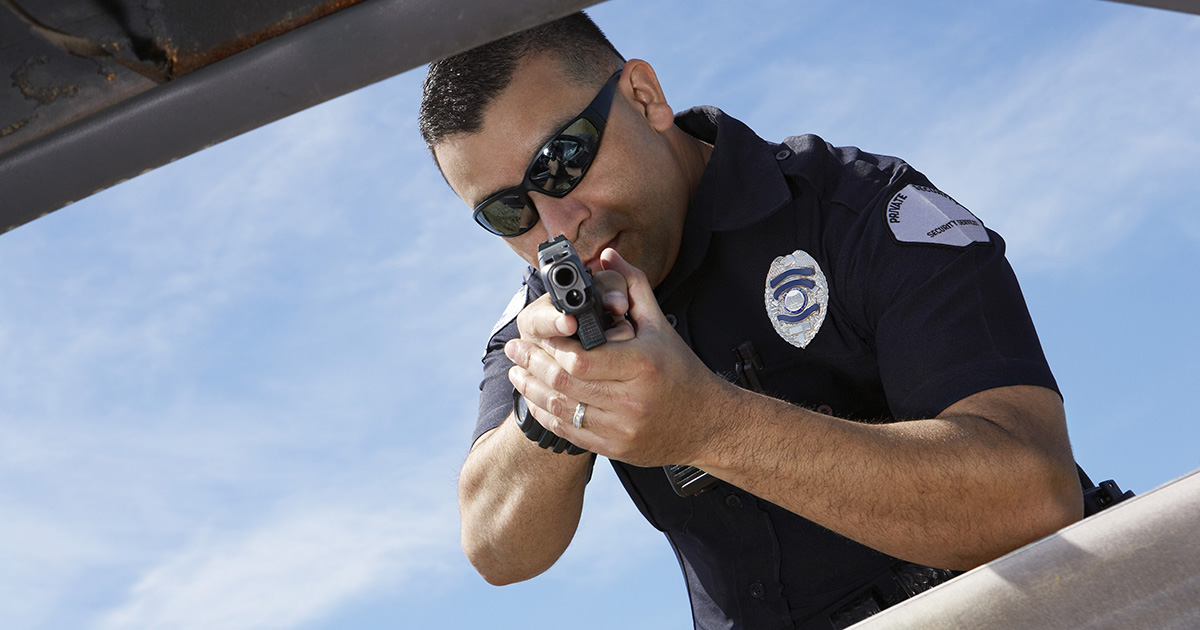 “It’s crazy to be back at this school again after they kicked me out all those years ago,” said Peters. “I’ve wanted to be a cop my whole life — I was born to wear this uniform. Sure, I was hoping to be out cracking skulls across the city, but this is the only gig my Dad could convince the sheriff to give me. I can’t complain, though: I can still walk here from my parents’ house, I’m making a decent salary, and now they can’t kick me out for bringing my gun here. Suck it, Principal Taylor!”

Students and faculty claim Peters does not make them feel safe.

“I thought it’d be a good thing to have a cop in our schools, in case we had an active shooter situation or something. Now I feel like he’s the one we need protection from — the only time I’ve ever had a gun pulled on me was when Ofc. Peters demanded to see my hall pass,” recalled sophomore Darius Wright. “Sometimes when I leave school late, I’ll see him sitting in his giant Ford F-150 blasting Pantera. I told our principal about the time he mouthed, ‘Walk on home, boy,’ to me once after school, and he claimed he was ‘just singing part of the song.’”

Indeed, one teacher vividly remembers having Peters as a student and is unsurprised by his career choice as a professional abuser.

“Dennis — excuse me, Officer Peters — used to be in one of my classes,” stated freshman English teacher Alice Hemmings. “He was the biggest bully in school for both teachers and students; he made my life hell. I brought his parents in for a meeting after I saw he’d been drawing swastika’s on his desk, and his father actually said it was ‘his first amendment right to do it’ and told me to ‘watch my back.’ I don’t know why or how he ended up getting a job here, but I pray for the safety of every person who has to interact with that monster.”

At press time, Ofc. Peters was placing a student in a chokehold for smoking a cigarette.