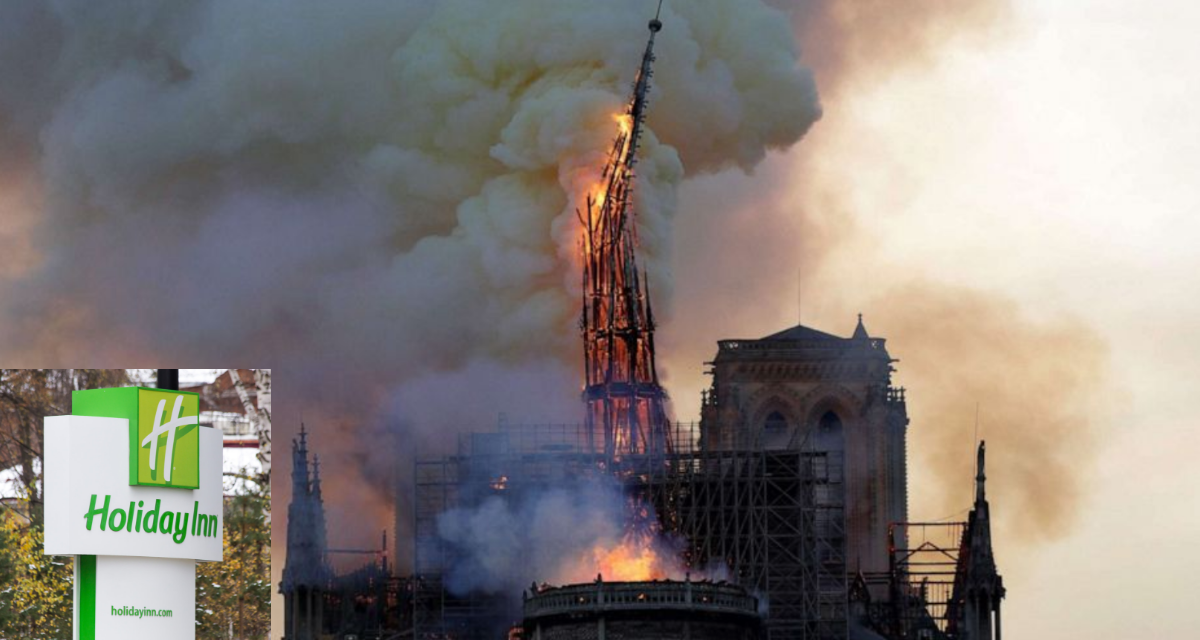 PARIS — Local legend and longtime Notre-Dame resident Quasimodo will now be known as “The Hunchback of Holiday Inn” after being safely evacuated from the burning cathedral he has resided in since birth, church officials confirmed.

“Quasi is resting safely on the top floor of a nearby Holiday Inn. We have provided him with a large bell to ring when he is bored and we hired actors to call him a ‘freak’ and chase him around with torches if he tries to wander around the hotel,” said longtime caretaker Agnes Guybertaut. “He is obviously a little shaken up right now, especially since some people are already speculating it was one of the 4,000 candles he insists on keeping lit at all times that started the blaze.”

Hotel management was excited to welcome the celebrity guest, but admitted that the short-term stay has already come with its share of challenges.

“Here at the Holiday Inn, we try to make all our customers as comfortable as possible, but we simply cannot supply him with all the rats and spiders he requests for every meal. He is much different in real life than he was portrayed in the Disney film, and we have the soiled carpets to prove it,” said hotel manager Jaque de Mulle. “When a member of our staff tried to show Quasimodo how the shower operates he was attacked by the hunchback and we had to send him home early with pay.”

This story is still developing.