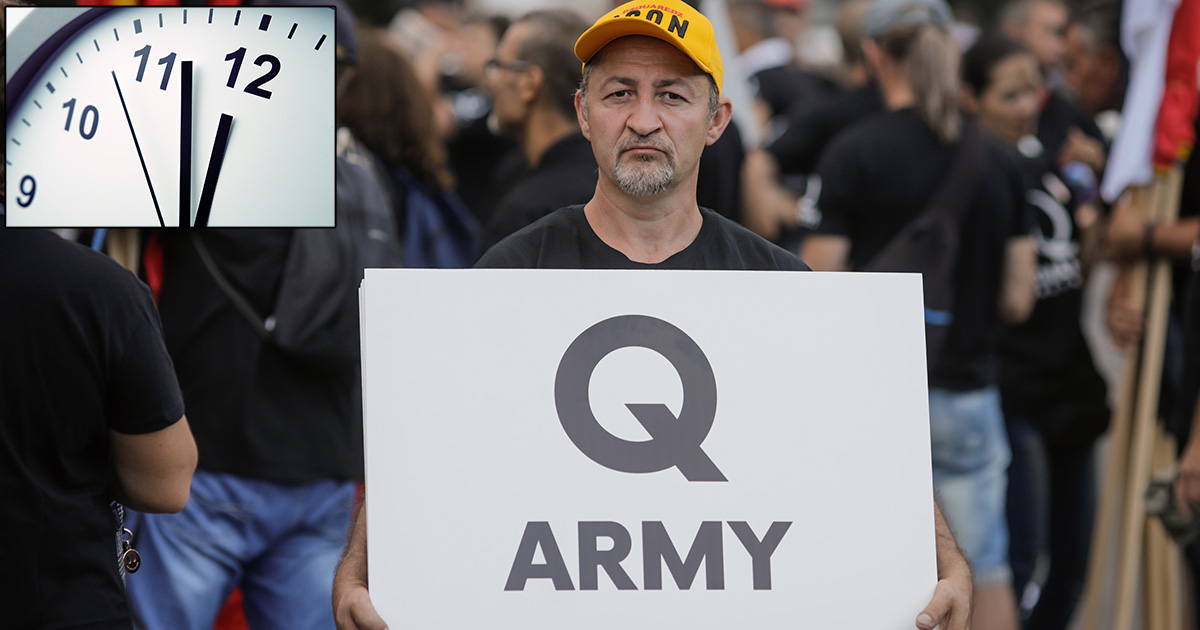 SALT LAKE CITY — A new QAnon theory circulating on message boards about the truth behind Daylight Saving Time is somehow more believable than the widely accepted explanation, according to perplexed sources.

“Daylight Saving Time confuses the hell out of me, so I tried doing a little research this year,” stated 26-year-old Kimberly Nevins. “But the more I read, the more confused I got, and I kept searching until I stumbled across this site called 8chan — there was some pretty wild shit on there, including a thread about how the time change was really an elaborate plot by Bill Clinton to hypnotize the country for an hour while he and his friends had a big orgy on the White House lawn. It sounds far-fetched, but maybe there’s something to it? Because there is seriously no way we all just pretend it’s the wrong time for like six months for a bunch of damn farmers.”

“It’s quite simple, really: Daylight Saving Time is a hoax perpetrated by the liberal elite as a form of mind control and time manipulation in order to make us all complacent and ready to be sold into the sex trade,” Perkins explained. “It didn’t exist until 1992, when it was instituted by perverted infidel Bill Clinton so that he and his satanic cabal could have a masked satanic ceremony on the White House lawn — they use TV commercials with subliminal messaging to lull the populace into a deep sleep for 60 minutes while they douse each other in pig’s blood and engage in extramarital sex. Like I said, pretty obvious.”

As the theory continued to gather steam, former President Bill Clinton issued a denial that left many still scratching their heads.

“I know these people really hate me, but even this seems like a bit of a stretch,” said Clinton. “Look, I’ve made some mistakes. I’ve even told a few lies. But I totally promise that I never earmarked $4 billion from our defense budget for the sole purpose of developing hypnotic technology that could put the nation into a trance while I banged a bunch of supermodels and pledged my undying allegiance to Satan. Really, guys, I promise!”

As of press time, Nevins was considering a QAnon theory which posited that JFK was assassinated by Rep. Alexandria Ocasio-Cortez.