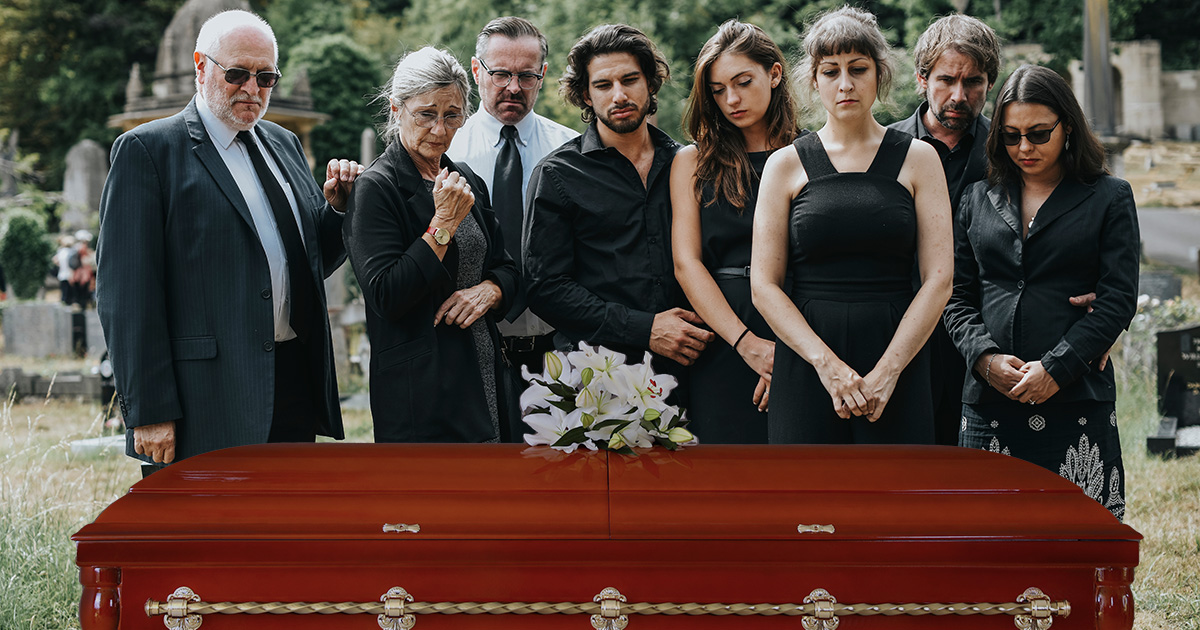 BALTIMORE — Relatives of recently deceased punk Bryan Allen decided to postpone the beginning of his funeral until a few more mourners show up, sources close to the grieving family report.

“Mom’s a wreck over all this, and the fact that it’s only us and a few other scattered relatives isn’t helping. I guess people are probably running late or something,” the deceased’s sister Heather Allen said while scanning the graveyard dejectedly. “A few stragglers have come in and I’ve been trying to encourage them to move to the front so it doesn’t look as empty, but I think this might be it. Bryan was a pain in the ass, but he was always going to shows and posting loads of pictures of people, so I thought maybe he had more friends than this, to be honest.”

“Bryan played bass for us until we kicked him out for stealing cash from the merch sales,” stated Mike Casey, a former bandmate of Allen. “I’ll be real with you, I really didn’t want to come to this because I have a massive hangover and was gonna wash my car today, but his brother texted to ask if I was coming and I couldn’t really come up with an excuse other than ‘I’ll catch the next one’ so I was stuck. His mom seems nice, though she asked if I had any happy memories of him, and the only one I could think of was the time we stole a bunch of sandwiches from Whole Foods and almost fought the security guard, which didn’t seem appropriate given the setting.”

Bob Fletcher, the funeral director who oversaw the service, stated that this kind of thing happens all the time.

“I know it’s tough for the family and all, but we’ve got a schedule to stick to here,” Fletcher said while checking his watch. “I have three other funerals lined up for this church, and if we delay this thing much longer, it’s going to screw the whole day up. I told the family that Bryan’s funeral was going to be at the time we agreed on and that was that. If people want to stroll in mid-Hail Mary, so be it. Everyone’s dead son is special to someone, but in this case–if you can’t fill the room, pick a smaller church.”

At press time, the funeral-goers were in chaos after a mourner attempted to trade drink tickets for more communion wine.