Punks Asked To Take Off Shoes at Finished Basement Show 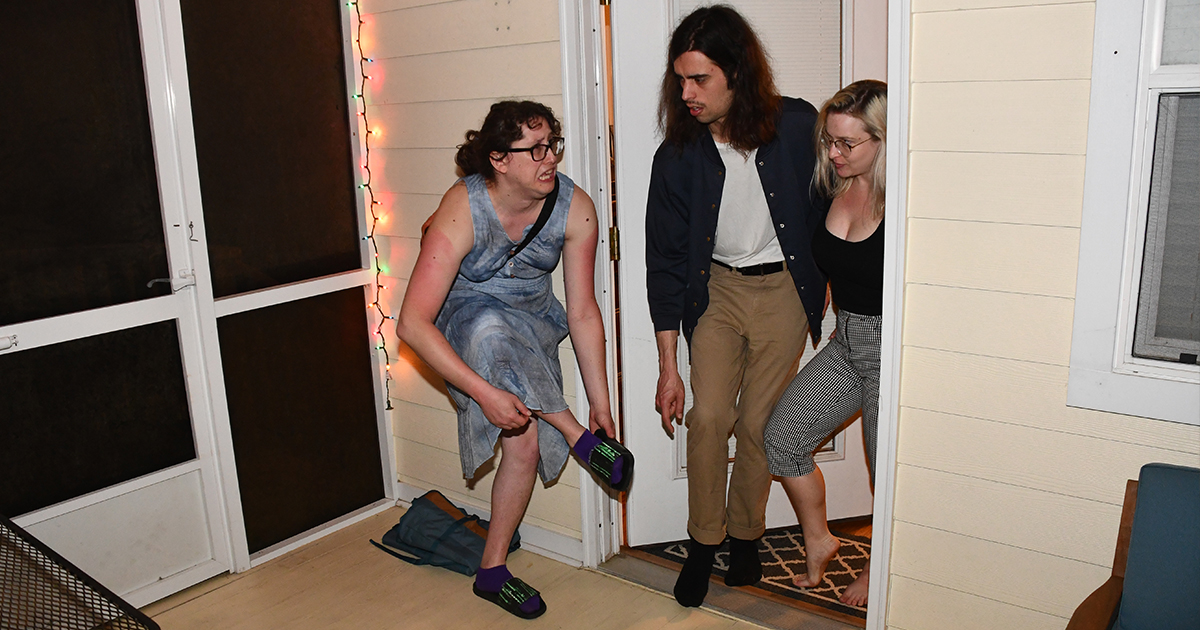 “We have a good system set up, you pay me the $5, get a hand stamp, and then you neatly line up your footwear along the wall out of the way of the door,” said show promoter Ace Tucker. “We don’t want to create a tripping hazard after all. People are starting to complain but the facts are this, my parents just finished a remodel down there and if the carpet gets ruined they will totally take away my Lexus! And honestly, I don’t think my request is out of line. One of the bands tonight has a song called ‘I Don’t Wipe.’ I know they aren’t talking about their feet, but I’m not taking any chances.”

Some members of the headlining band, Drederik Tatum, found the venue and the rules that accompanied it, disconcerting.

“If you are worried about dirt or dog shit on your plush, 17mm velvet pile carpeting, then you’re not punk,” stated Drederik Tatum lead singer, Matt Appleby. “In Pittsburgh, they have toilets in the middle of their basement shows. A dude took a dump in the middle of our set once. That’s punk as fuck dude, the smell made two people puke. You know what isn’t punk? Imported Turkish throw pillows! GG Allin wouldn’t self-mutilate on a burnt caramel, destructed leather couch! I came here to speak to the disenfranchised youth. I did not come here to be overwhelmed by brilliant interior design concepts.”

Not all attendees of the show found the arrangement disagreeable.

“I could care less,” exclaimed a wild-eyed punk, Ronnie LaPietro. “Did you see the place? They have an 80” flat-screen TV and two smaller ones on each side of that! You can watch a Misfits doc, while watching a Misfits live show, and a grave robbing vid, all at once! I’d also like to add, Drederik Tatum played great, but the hor d’oeuvres stole the show. Mrs. Tucker came downstairs with a tray of prosciutto-wrapped figs, stuffed with goat cheese. They were divine! ‘Mosh Pit?’ More like ‘nosh pit!’”

At press time, Tucker announced the next show in the newly christened venue now affectionately named “Easy Street” will be a board game night and pajama party with no set bedtime.