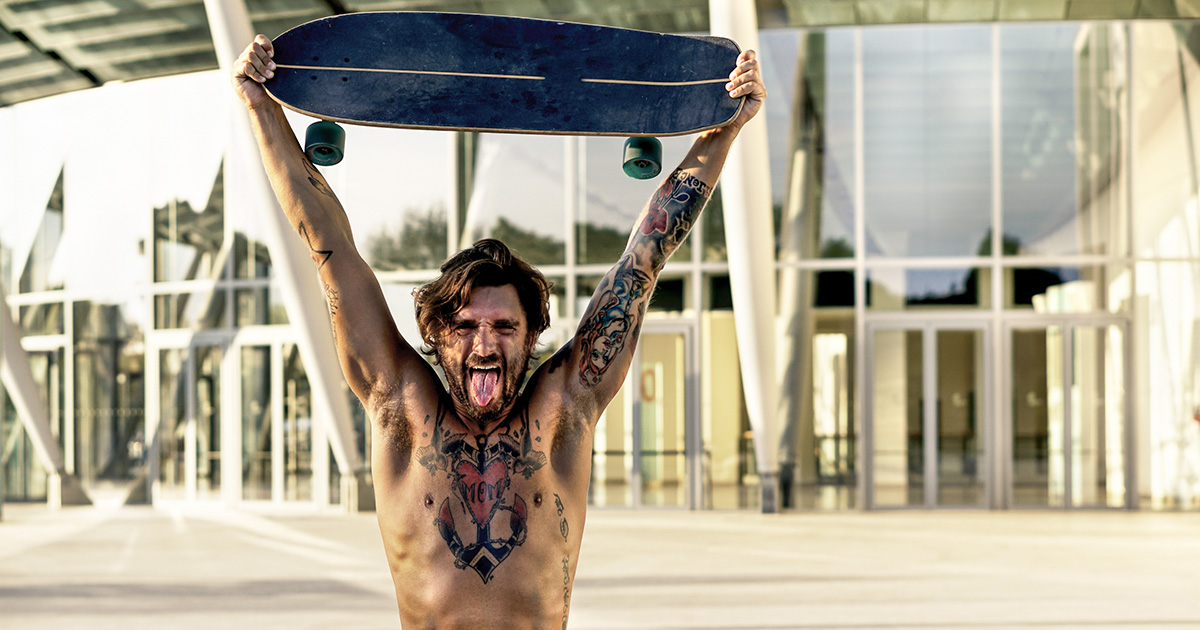 PRINEVILLE, Ore. — Aging punk Jeff Nunes, best known in his hometown for shooting a bottle rocket out of his ass in 2003, has deemed confronting his Aunt Janice about various racist memes she shares on Facebook “way too awkward,” sources report.

“My Aunt Janice was always super nice to me when I was a kid, but over the years, she’s become a total ‘all lives matter’ nutjob,” the grown man who once ate cat vomit for $1 on camera explained. “Like, if she wasn’t my dad’s sister, I’d call her ass out in a second. But what the hell am I supposed to say? ‘Hey Aunt Jan, what’s up with these posts you’re sharing?’ and then talking about it? I mean, what would Thanksgiving be like?”

“You gotta pick your battles, and sometimes, the battle is won by just saying ‘fucking asshole’ under your breath and scrolling past it in one second,” he added. “It’s like, fighting the system from the inside, kinda.”

Those close to the once oft-naked in public Nunes are disappointed in their friend’s unwillingness to commit to anti-racism with his family members.

“This is the lamest shit ever, especially coming from Jeff. I mean, I remember his old band putting out a 7” called ‘Skullfuck Cops to Death’ back in the late ’90s, and this is what it’s come to?” said Nunes’ longtime girlfriend Katie Tackett. “Is this just because he sorta mellowed out over the years, or has he always been this chickenshit about having potentially uncomfortable conversations with some woman he sees for two days every six years? Was all that just a front?”

Experts confirmed Nunes is not the only punk who once teabagged a friend in a crowded Denny’s and now struggles to find the words needed to stand up to elderly relatives.

“The link between suburban kids who could light shopping carts on fire and scream, ‘Fuck authority!’ without fear of being arrested, and people unwilling to call out racism is immediate, albeit unsurprising,” said Stanford University research assistant Avni Saraf. “In fact, the Venn diagram between white punks with stick-and-poke ‘anarchy’ symbols and people too afraid to offer more than a nervous giggle when their grandmother says something objectively racist about the only Mexican restaurant in her town is simply one complete circle.”

At press time, Nunes elected to “take a stand” against his Aunt by quietly unfollowing her and saying nothing.