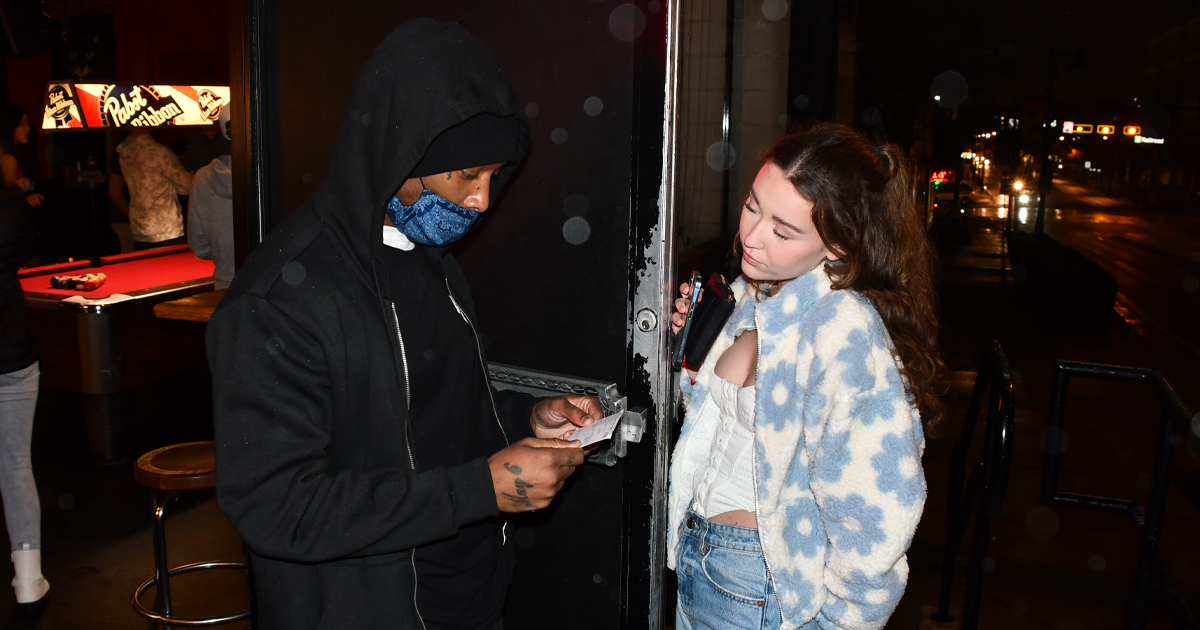 CALEXICO, Calif. — Local punk venue The Microwave announced new restrictions for patrons and will require anyone wanting to attend a show to present proof of vaccination and to name at least 10 legitimate punk bands, multiple sources confirmed.

“Safety is our number one priority, and our number two priority is making sure we don’t have anyone in here claiming that Twenty One Pilots are a legit punk band because one of the guys had a mohawk once,” said venue manager Juan Mata. “The world is crazy right now and I don’t want to be responsible for the continued spread of poser ideology. Last year we were having some pretty scary outbreaks — I still don’t even know what the fuck ‘influencers’ are, but suddenly they were here every night and we had no way of knowing where it’d started or how to stop it.”

Jaxon O’Connell, known to his many YouTube followers as PunkBae, was one of several to be turned away from last night’s Rattz of Das Kapital show, and was at a loss to see how he had failed the quiz.

“Everyone knows the first three. Sex Pistols. Green Day. U2. That’s locked in,” stated a frustrated O’Connell. “Then, I guess my history is a bit shaky, but I figured punk is from the ‘70s, so I said The Smiths, The Beatles and Elvis & The Presleys. Then I brought it home with my closers; Blink. Sum. Lavigne. And I needed one more so I just kind of made up a punk supergroup with MGK, P!nk, CM Punk and my big brother. The guy working the door started laughing at me then picked up a baseball bat from behind the door and told me he would give me a 10-second head start. This seems like discrimination, thankfully my parents are both lawyers.”

Socio-Virologist Marcella Ambrose, who led the development of the N10RPB-RQ (Name 10 Real Punk Bands, Real Quick), believes the test is a cause for real optimism.

“Testing is now affordable and accessible to all,” enthused Ambrose. “The previous standard test involved urinating inaccurately into an empty beer bottle, and although this test could detect authenticity almost flawlessly, there was the ultimately unacceptable side-effect of, in Socio-Virological terms, piss just everywhere. The N10RPB-RQ test has been a game-changer. Whereas last year we were seeing wave after wave of inauthenticity devastate scenes across the country, we now find each new variant is less potent than the last, and happily, we are now seeing some really weak shit.”

At press time, PunkBae’s latest video “Is The Microwave a SCAM?!?” had garnered seven million views in just under four hours.