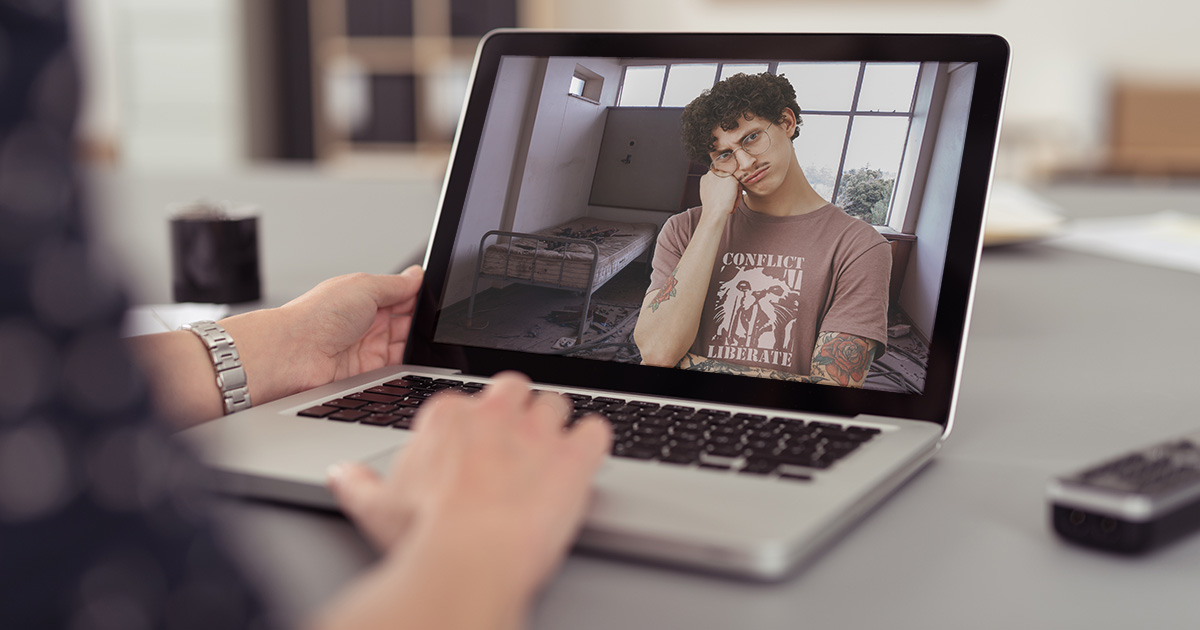 SAVANNAH, Ga. — Local punk Jake Stanton used a photo of a trashy apartment as his Zoom background yesterday to hide the true nature of his living arrangements at his rich parents’ house.

“I’m a punk. It just also happens my dad runs a hedge fund, and my mom is a corporate attorney,” Stanton said while moving his MacBook Pro so the live-in cleaning service could straighten up. “And I need to make sure it’s clear that I’m a punk during my online class, so rather than have my parents’ palatial, beachside manor behind me, I used a custom background of a rotten squat with a tower of empty PBR’s and pizza boxes, and a random stray cat.”

Classmates were surprised Stanton bothered with the misleading background, as they already know of his financial situation.

“It’s not like we forgot pre-quarantine life or something. We go to private school,” fellow student Claire Dunn stated, showing a selfie the two took by Stanton’s indoor pool. “He’s always so loud about being ‘punk.’ Good thing he can’t set a custom smell via Zoom.”

Stanton’s father Arthur, a senior partner at Blackstone, was disappointed by the low-quality fake background.

“I offered to make our backup, backup-backup apartment look like a trashy punk house. I even bought him an apartment next to one of the dangerous parts of New York so he could be more immersed,” Mr. Stanton said while placing a single stock trade that made more money than most people will see in an entire lifetime and transferring the subsequent net gains directly into Jake’s allowance fund. “I can’t figure that boy out, but I try to be supportive… though he always complains about that, too, so I don’t know what I’m supposed to do.”

Despite Stanton’s extensive effort to appear punk, his plan backfired when the Blink-182 poster in his artificial background featured Matt Skiba instead of Tom DeLonge, outing him as a poser anyway.