Punk Unaware He’s Messin’ With a Son of a Bitch 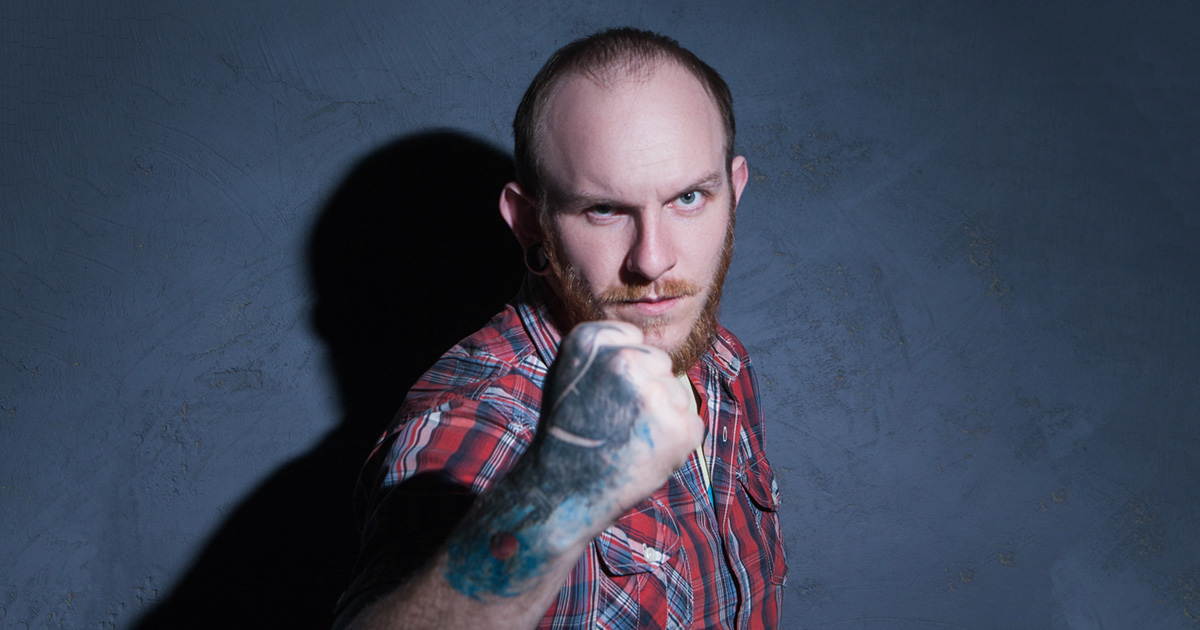 “I’d been telling Grif all night to mind his own business, and to not screw with the big guy with cauliflower ear and knuckle scars,” said friend Adam Ballard at Myers’ hospital bedside. “‘The Butcher’ is a certifiable mad man. One time, I saw him punch a dude so hard, that guy turned into a die-hard ska fan. It was the saddest thing I’ve ever seen.”

Caldwell, known to all as “one mean motherfucker who will fuck you up six ways to Sunday,” has reportedly crossed paths with Ballard and his kind in the past.

“One time, Butch walked up and just punched me in the face, three fucking years after I stepped on his new Doc Martens,” said Ballard, who allegedly needed an alphabet board to communicate while his jaw was wired shut after his own incident. “The doctors said I’d lost more blood than most car accident victims they see. I thought that was all in the past, but… man. That guy can hold a grudge.”

For his part, Caldwell asserted the beating was justified, and his reputation as a “surly rattlesnake ready to strike” is well-deserved.

“Let me tell you something, and you listen up good. That little shit stain was bouncing around all night, trying to start a push pit during a fuckin’ melodic indie band. My old man didn’t raise no chump, so I wasn’t about to stand by and watch that happen. You hear me, son?” said Caldwell between his 13th and 14th shots of whiskey. “I only hit him maybe 50 or 60 times. I still got about 250 more punches in me tonight, if anyone else wants to take a ride.”

While Myers will need several surgeries — not to mention potential years of therapy — to fully heal, Ballard insisted his friend got off easy.

“Grif still has all his limbs and one functioning lung. That’s a true blessing,” said Ballard, while loading Myers’ feeding tube with applesauce. “I’ve been playing some of [Myers’] favorite tapes to keep his spirits up, and he can still blink along to all the good parts. Things are looking up already.”