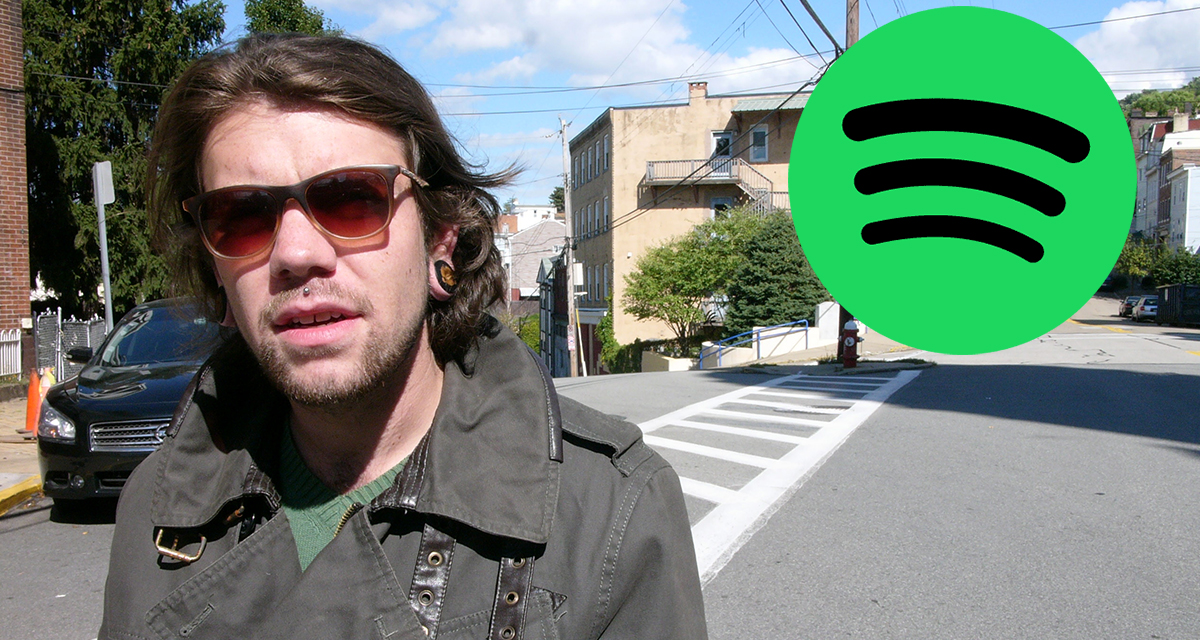 GLENDALE, Calif. — Local musician Charlie Clarke is reportedly threatening to join the growing boycott of Spotify and stop using the account that linked to his niece’s name and billing information, confirmed sources paying for the premium account.

“I’ve been a loyal Spotify user for years now, but after the whole Joe Rogan thing I decided that if the company continues being a vehicle for misinformation I’m going to take my business elsewhere,” explained Clarke, who is currently residing in his half-brother’s sunroom. “I can’t, in good conscience, contribute to something that has become a mouthpiece for anti-vaccine propaganda. I will delete the app from my phone immediately and suggest to my family members that they start looking into Apple Music. Which I hope they do soon, because listening to music on Youtube fucking blows.”

Clark’s niece, Harper Rossiter, reports that her uncle has been using her Spotify password for two years now.

“Yeah, I’m cool with sharing my account with Uncle Charlie, but I’m just kinda sick of him adding Leftover Crack songs to my yoga playlist and screwing up my Wrapped every year,” said Rossiter. “He used to threaten to stop using Spotify because his band has nearly 600 streams and he hasn’t seen a single penny in royalties. But something changes and he’s just going on and on about a bunch of old dudes I’ve never heard of. All I want to do is listen to the new Doja Cat song in peace.”

Kevin Rossiter, the primary bill payer in the household, says Clarke’s stance will have absolutely no effect on anything.

“The other day I heard Charlie on the phone with Spotify customer service saying ‘either Joe goes or I walk.’ It’s not even his fucking account,” said the father of three. “He was downstairs all aggressive, yelling something about the Montgomery Bus Boycott. I could tell the agent was explaining to him that he wasn’t the primary user on the account and therefore wasn’t authorized to make any changes. Later that night Charlie asked if I ever used Tidal and I just changed the subject.”

“By the way, he’s not even fully vaxxed. He never got the second shot because he didn’t want to run into his ex-drummer, Harold, who recently started taking passport photos at the Rite-Aid down the street. Can you believe that shit?” he added.

At press time, Clarke reportedly decided to stick with Spotify until he can get to his former girlfriend’s storage unit to recover several of his CD carrying cases.