Punk Spirit Asks Ouija Board Players If It Can Borrow Amp 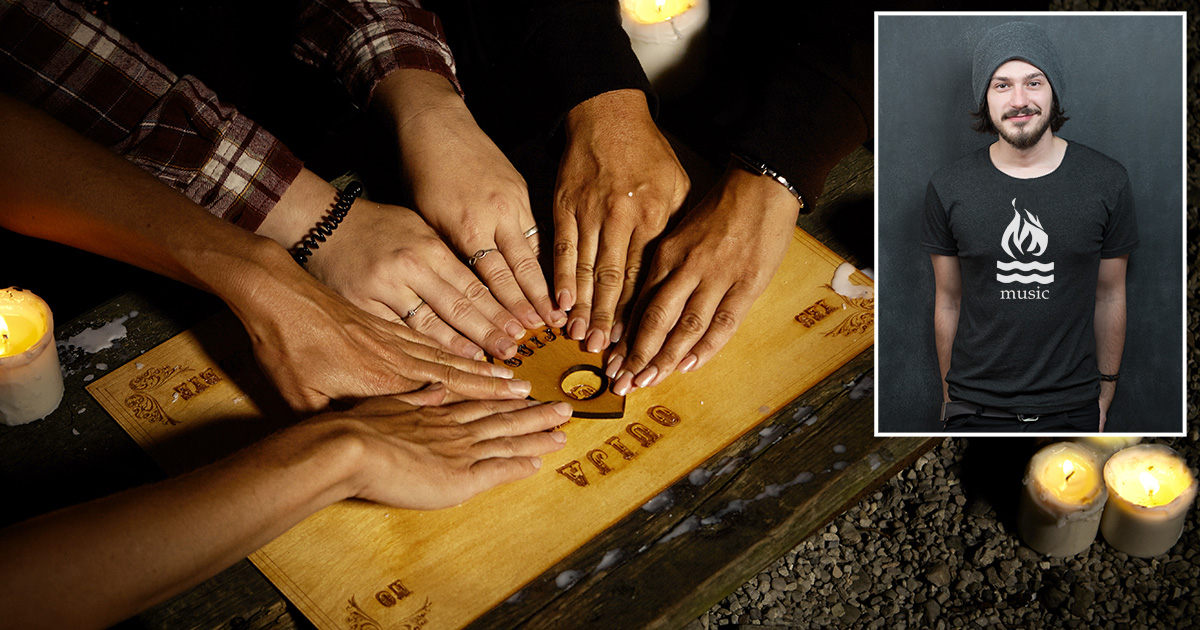 PORTLAND, Ore. — A group of Ouija board players were visited by a punk member of the ether last night, who communicated that it was in desperate need of an amp, mystified sources confirmed.

“It was just little things at first,” said high school junior Michelle Leonard, who bought the board after noticing some strange events in her family’s new house. “My wallet was always short $10, and I kept finding half-drank cans of PBR fermenting under my bed. I thought it might be my imagination… but then, even my dog started acting strange and wearing this disgusting old bandana around the house.”

Shortly after the seance began, candles reportedly started to flicker as the room filled with the stench of American Spirits and wet shoes.

“I was annoyed at first — I was clearly moving that stupid little slider thing to spell A-M-P, and even rustled the curtains near the amp they have just sitting in the corner,” the apparition explained via a steamed-up bathroom mirror. “I was pretty hungover, and in no mood to be summoned back into the realm of human existence for a Hasbro game… but then I realized it might be the perfect opportunity to get a cabinet for my band, the No Shows.”

After some deliberation, Leonard and her friends obliged the spirit, as the amp was a misguided present from her father anyway, and had done little more than collect dust and empty water glasses over the years.

“We’re really counting on this thing to take our performance to the next level and empty out the theater,” said the spirit. “I don’t want to see one occupied seat in the house.”

Paranormal investigators believe the communication from the afterlife is part of a recent trend.

“This kind of behavior is becoming more and more typical,” explained paranormal investigator John Ladner. “We’re not sure if it’s generational, but modern day apparitions are much needier than what we’ve seen in the past. They don’t want your soul — they just want your stuff. And, sometimes, to tell you about their band for an unreasonable amount of time.”

Leonard and the rest of her family are reportedly allowing the spirit to keep the amp indefinitely, under the condition he stops leaving loose tobacco all over the house and bringing stray cats home.