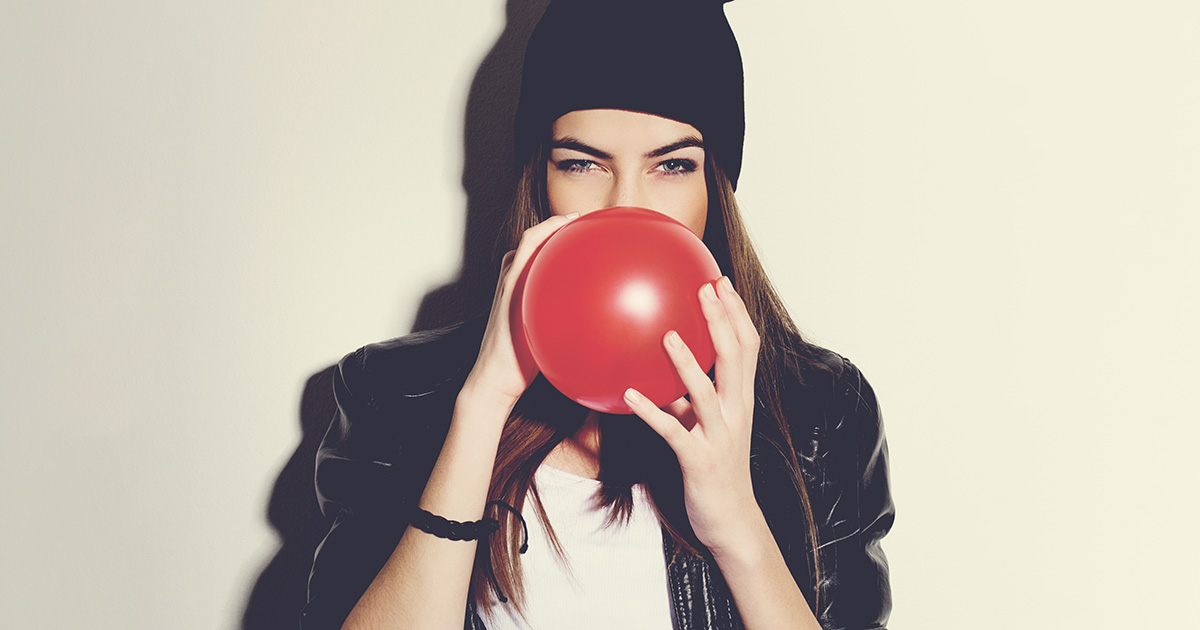 “I had a rough day — hell, a rough week, of working at Halloween Express. It’s not easy working in an abandoned Circuit City, and I have a little bit of extra scratch after my manager gave me a bonus for cleaning up after a sick kid,” said Valentino, while cracking open a canister and emptying it into a red balloon. “It’s a tough job, and someone has to do it, but that means I deserve a nice, small cold one or two or six after I punch that clock.”

“Normally I just buy cans of whipped cream from the grocery store, but I thought I’d treat myself to the fancy stuff,” she added, sucking the entire balloon down as her voice dropped two octaves. “What would life be if we didn’t treat ourselves every once in a while after a hard day’s worrrrrr…?”

Witnesses confirmed Valentino’s presence at a local adult bookstore, where she purchased the box of chargers.

“We get quite a lot of punks coming in after work. They work hard jobs: you see them coming in the morning after overnight shifts at Denny’s or doing Twitter stuff for their jobs and whatnot,” said Bedroom Surprises Video & Gift afternoon clerk Ronnie Cho. “They’re salt of the earth. Ol’ Rach usually comes in to treat herself on Fridays. Not every one, but when she’s in, you know she’s been working. She’s a good woman: an Eyehategod-fearing woman.”

“Mindfulness is so important, and you’re never more clear of mind than when your head is making the ‘wer-wer’ sound and your body is all tingly and you can’t stop giggling,” said Jardine. “Self-care isn’t always just about wine and bubble baths: it has to be tailored to the personality. Rachel is really living her truth. And besides, she definitely doesn’t have health insurance, so talking to a therapist is out. Whip-its are much cheaper than Xanax, and serve the same purpose… albeit for only about 20 seconds at a time.”

Valentino was last seen staring into an open refrigerator for upward of 20 minutes.