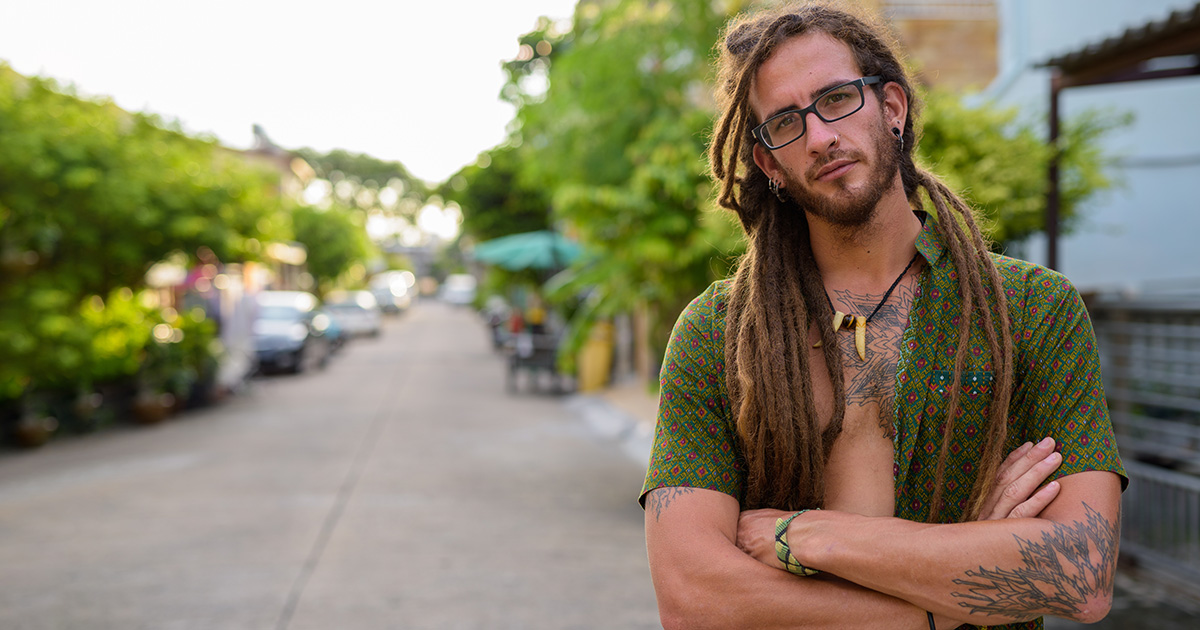 AUSTIN, Texas — Punk musician Miles Finney is forgoing a descent into heroin addiction and skipping right ahead to being a sanctimonious, advice-giving vegan yogi, sources close to the musician report.

“I just figured that poppy seeds belong in my soy yogurt and not in my veins,” said Finney, his nose in the air. “Yoga, along with a vegan diet, has really helped me stay clean and off drugs. Not that I was ever on drugs, but it’s given me a perspective that needs to be shared. It’s like I’ve always said, ‘I know why the caged bird sings.’ You might remember that from a song I wrote last year called ‘Caged Birds.’”

Family members are concerned by the condescending turn Finney has taken.

Unfortunately, Miles’ new lifestyle has also put strain on his relationship with his bandmates.

“When Miles pitched a song called ‘Killer H,’ I obviously thought it was going to be about heroin,” said drummer Shanna Curie. “But the ‘H’ is a reference to hamburgers. I mean, yeah… I guess high cholesterol from too much red meat is a bad thing, but the line, ‘Heat up the spoon and inject the burger king into your veins’ is just shitty writing.”

“Miles thinks he’s so much better than us because he’s exercising regularly, eating well, and not in and out of the hospital because of out of control drug use like we are,” agreed bassist Matt McInerney. “I mean, he’s probably right, but get the fuck off your high horse already.”

At press time, Finney was lecturing lions at the local zoo about their poor stretching and eating habits.