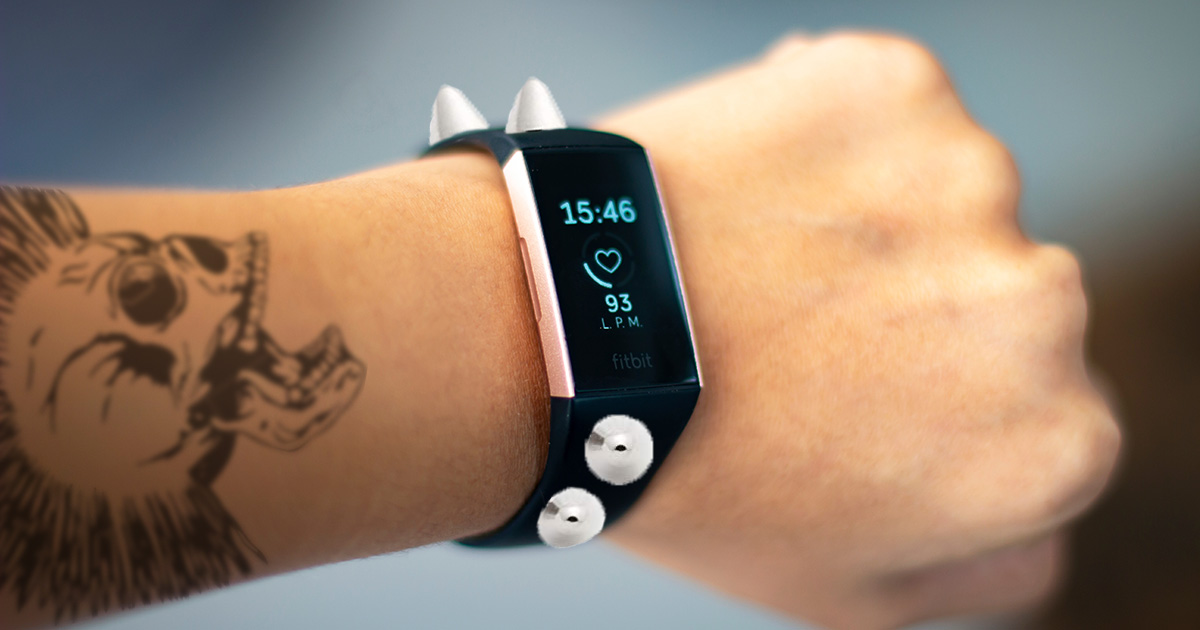 “Well, I was shocked, to say the least,” said friend and mall-walker Julia Beckett. “I mean, Patti’s always been a little unorthodox — what with all the patches on her cozy Chico’s fleece, and those fishnet spanx she always wears — but when she veered off into the Hot Topic the other day, I thought she was just getting a gift card for her nephew, or one of those adorable Baby Yoda mugs. Such a shame; it was a perfectly nice Fitbit. Now she looks like a common street tough.”

Clacher, for her part, sees no reason why she can’t get in shape while maintaining her street cred, and defended her non-conformist decision as a way of respecting both sides of her personality.

“New year, new me, but I gotta stay true to who I am. Just because my resolution was to get healthy, doesn’t mean I have to abandon my values,” said Clacher. “I know some of the other moms in this group think I’m a safety concern now and that my spikes might ruin the cardigans of passersby, but that’s their problem, not mine. Punks not dead, and neither am I if I stick to my 10,000 steps per day! Woo! Bit Life!”

But whether Clacher’s new accessories will actually help her reach her goals is a subject of some debate.

“Listen, we definitely encourage our users to express themselves. That’s why Fitbit fitness trackers come in a variety of neat colors,” said Dane Sadler, representative for Fitbit’s parent company, Google. “However, these devices are precisely calibrated, and any additional weight will almost certainly disrupt the accelerometers — especially if it’s some bullshit Hot Topic poser-wear.”

Clacher was last spotted getting her steps in while shopping for a new pair of sensible orthopedic shit kickers.