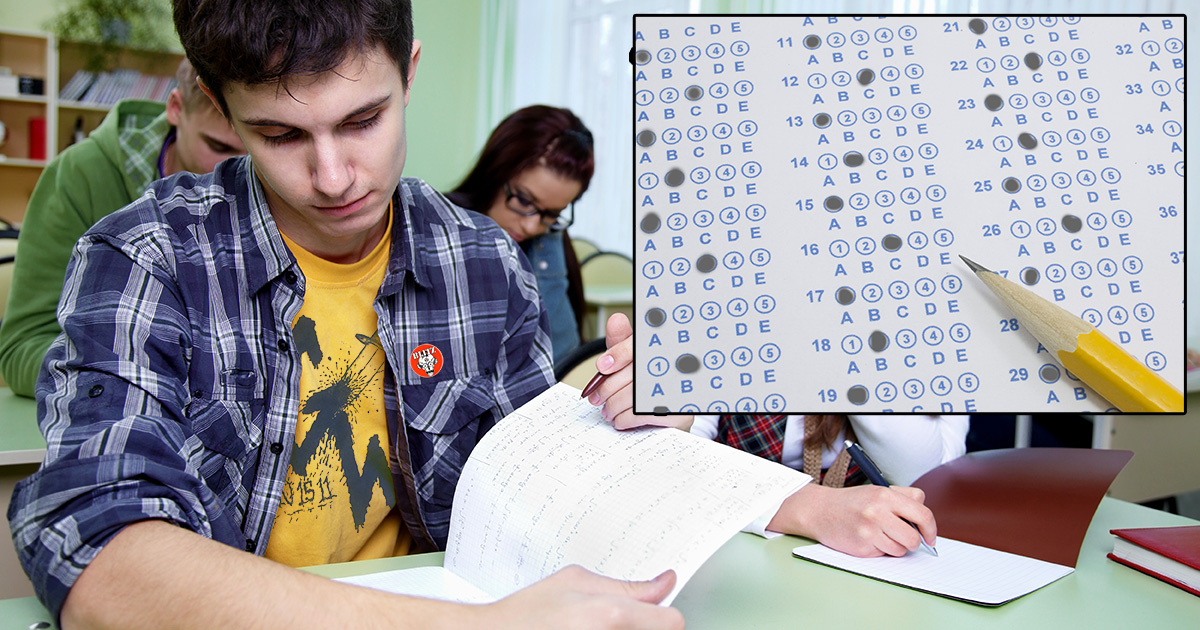 DENVER — Local high schooler Jake Fritzler astounded his teachers today by scoring 1050 on the SAT despite entering nothing but the sequence “ACAB” on the multiple choice sections, district sources report.

“Dope,” said Fritzler. “My older brother always told me that what I learned on the streets was more valuable than what I was learning in school — I had no idea he was talking about the SAT, though. Mom said I’d never get into college if I kept clowning on the police, but look at me now! At this rate, The 4-Skins are gonna get me all the way through grad school. Fuck the pigs!”

While Fritzler was thrilled by his results, staff at Denver East High School were significantly less enthused.

“Jesus, what a joke,” said Fritzler’s homeroom teacher Meredith Pautzke. “1050 isn’t even that great, but it’s far better than we expected from Jake: I’m always proud when my students are successful, but this is totally unfair to Jake’s peers. Why should a hardworking student be surpassed by a kid who spends every class chewing on cigarette butts just because that kid got lucky with his joke answers? So much for meritocracy. I’d say standardized tests are bullshit, but I’m very afraid it would get me fired.”

In response to complaints by the East High administration, the College Board explained that Fritzler’s improbable success was due to random chance and nothing more.

“This was bound to happen eventually,” said College Board lead test-writer Johanna Coelho. “The item solutions are determined by a random number generator, so it’s always possible they will line up in unanticipated ways. As recently as 2016, you could have aced the math section by answering ‘BAD DAD’ over and over. Randomness, inaccuracy, and arbitrariness are the unfortunate realities of standardized testing. We created the essay component of the SAT specifically to mitigate them.”

Despite her assuredness, however, Coelho became uncomfortable when asked about this year’s essay prompt.

“Oh, uh… it was something like, ‘Write an essay explaining how Crass persuades their audience to dismantle oppressive power structures,’” she concluded before hastily ending the interview, citing “bad vibes.”

At press time, Fritzler was conducting research on YouTube to find the best colleges at which to pursue a “Punk Rock MBA.”