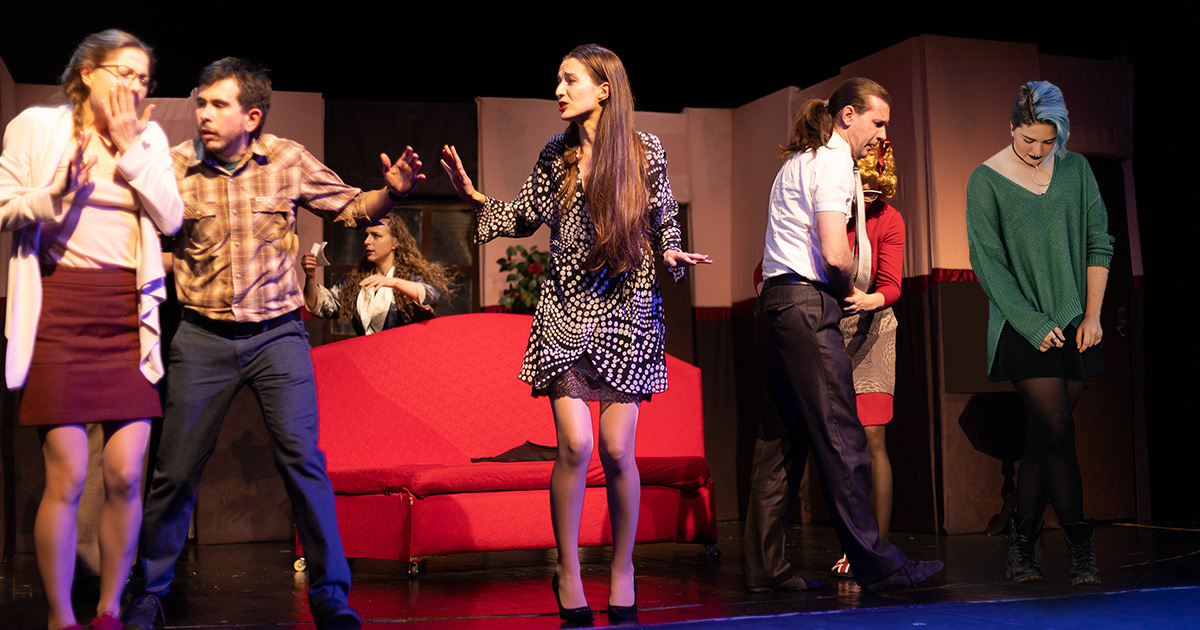 “Fuck all of you fascist scabs,” screamed the newest member of comedy outfit Glass Laugh Full after receiving the audience suggestion, “pineapple.”

“I’m not a fucking product for you to consume, alright? I’m not gonna be your circus monkey,” Kovacic added. “Don’t tell me what to do, cause you don’t fucking own me. Burn in libertarian hell.”

Glass Laugh Full company director Brandon Shao confirmed that the episode was not out of character for Kovacic.

“Yeah… we probably should have seen this coming,” said Shao, gingerly placing a bag of frozen peas over the black eye he sustained when he asked Kovacic to participate in the ‘Where Has My Finger Been’ warm-up exercise before the show. “Lena’s only come to practice like, twice, and she was definitely on benzos both of those times. To be honest, I’m not totally convinced she even knows what improv is.”

“She also literally slashed my tires after her audition, so that probably should have been a red flag,” he added. “But what the hell were we supposed to do? Our group is made up of mostly dudes and we needed a girl on the team. You know, to play wives and shit.”

The performance was forced to end early when Kovacic was escorted out by police for pulling a knife on her scene partner, prompting several showgoers to demand refunds from the venue.

“Honestly, she’s not even the worst performer I’ve seen at one of these shows, which says a lot,” said audience member Layla Houshian. “My boyfriend forced me to come to like, four of these, so I really needed tonight’s $10 back. I just wish I’d thanked her before he roundhouse-kicked that cop in the face.”

At press time, Kovacic was preparing to perform her solo a capella cover of Napalm Death’s “Scum” for the Medford Holy Tabernacle Choir’s winter showcase.