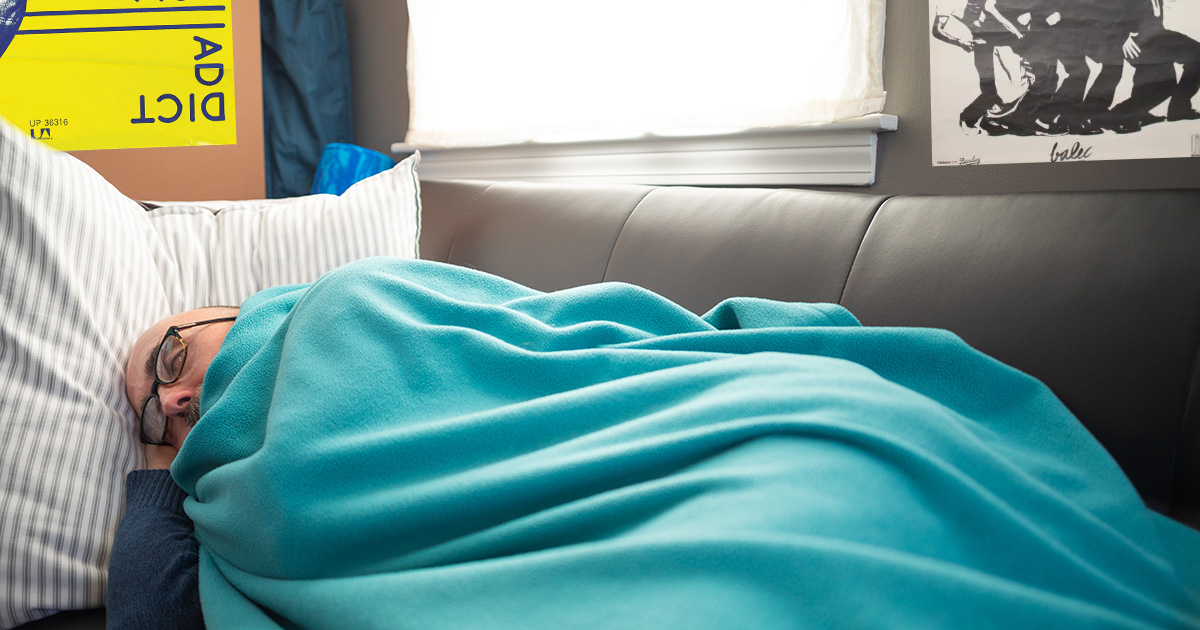 NEW YORK — Local punk Brandon Hall listed the friend’s couch he’s been crashing on as available for rent in the sublets/temporary category on Craigslist yesterday, according to irritated sources.

“The couch is perfect if you’re in between girlfriends, and there’s shared access to the bathroom, the fridge, and my PS5,” the post read. “I’d like to clarify that it is a couch, not a futon, so it’s priced fairly, and the human head-sized stain has been reflected in that price. The couch is long enough to fit an average male body, so your head’s not dangling off the arm rest. I can also leave my toothbrush for your use, which has never been used, and the squatty potty, which has been used a lot.”

“There is a gaming chair next to the couch where residents are known to play well into the early morning hours, and I ask that this subletter be 420 friendly and have no other overnight visitors,” the post concluded.

Kyle Mendoza, the couch’s rightful owner, was irritated but not surprised by Hall’s entrepreneurial effort.

“Brandon’s been crashing on my couch since late last summer when he lost his job. I did my best to help out a friend during a crazy time, but he’s taken this mutual aid thing way too far,” Mendoza explained. “So far he’s ruined three dates, lost my cat, and likely cost me my security deposit with his ‘DIY window treatment’ project that just left duct tape residue all over my entire wall, somehow. Also, he doesn’t pay me anything to sleep on it, so I’m not sure why he keeps saying he’s just trying to ‘recoup his losses.’ I just hope be gets vaccinated soon so I can kick him the fuck out and not feel too bad about it.”

Despite the generally off-putting and unreasonable offer, hundreds of prospective renters in the NYC area have already replied.

“I’ve been looking for a place to sleep off my hangovers, and this couch has everything: cushions, arm rests, a nice lived-in feel… it’s top of my list right now. Second is an abandoned car, but my landlord would be a raccoon,” said potential subletter Tyler Cory. “It reminds me of the couch that I got my first mouth hickey on. I had a good feeling about our initial email correspondence, but a beauty like this doesn’t last long, not in this town anyway. Fingers crossed.”

For those interested, Hall is showing the couch this week and next week, any time after 11 p.m.