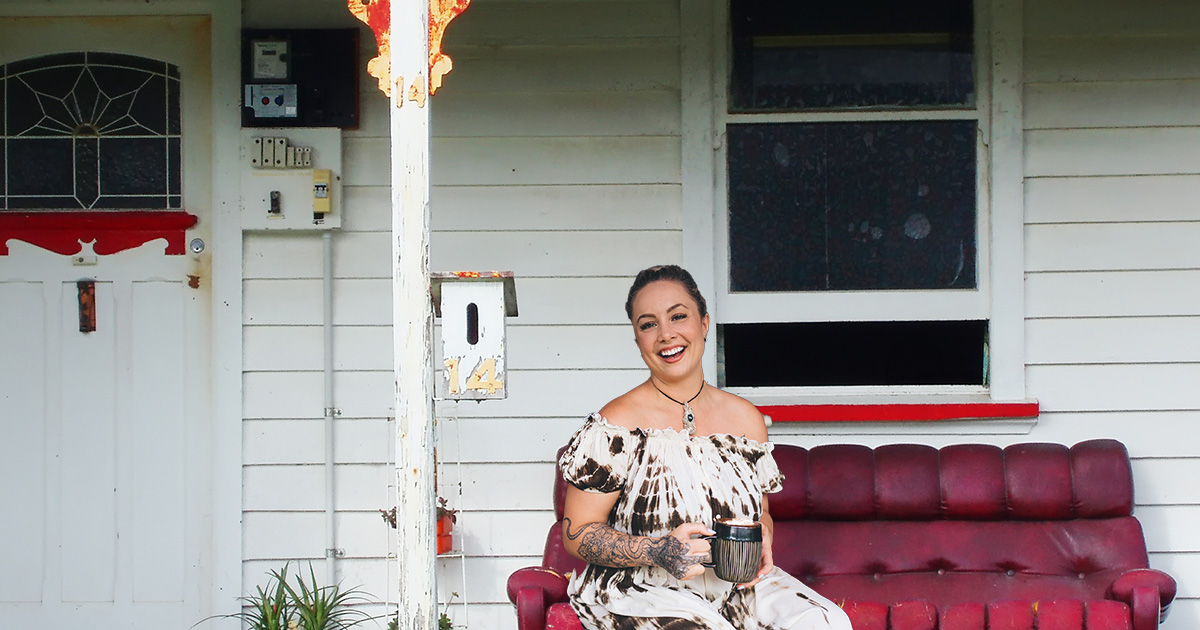 “Most couches aren’t this heavy, but the dust mites, animal bones, and ashes from thousands of cigarettes packed in the cushions are adding some heft,” said decorator Gonzales, as she guided the urine-stained couch out the front door. “All we need now is an old mattress and a few mismatched chairs with blown-out seats and you have your very own Victorian veranda. But first I’m going to get them to replace all the indoor lighting with string lights and clamp lamps.”

Punk house residents are consistently amazed by the difference in their homes after consulting with Gonzalez.

“Slime came highly unrecommended by a friend of a friend, but she showed up with a case of beer and a roll of toilet paper, so I couldn’t just kick her out,” said Holly “Ooze” Williams, the longest-living member of Maggot house. “She bragged about studying under the Rockwell Group and even called herself an ‘authority’ on modernism, but so far I’ve only seen her put some dried eucalyptus in an empty Stoli bottle and organize our VHS collection by color. I guess it’s not a bad deal, all she asked in return for her work was a place to crash so I cleared out some of the broken amps and guitars from under the stairs and she set up her sleeping bag. ”

Neighborhood residents are growing more frustrated with the changes Gonzales is implementing.

“I didn’t think it was possible, but the house has gotten worse since enlisting the help of an ‘interior decorator.’ She sits around drinking beer all day and every time I issue her a fine as head of the HOA she just rips it up and gives me the finger,” said neighbor Todd Greene, peering through his binoculars. “I’m honestly scared of that house, last time I tried to talk with them in person I was electrocuted by their doorbell and a man with a lizard on his shoulder threw a pee-filled water balloon at my head. Look, I’m no square, I’ve listened to The Clash, but this is bedlam.”

At press time, Gonzalez was seen hanging blankets from the ceiling to partition off a ninth bedroom.