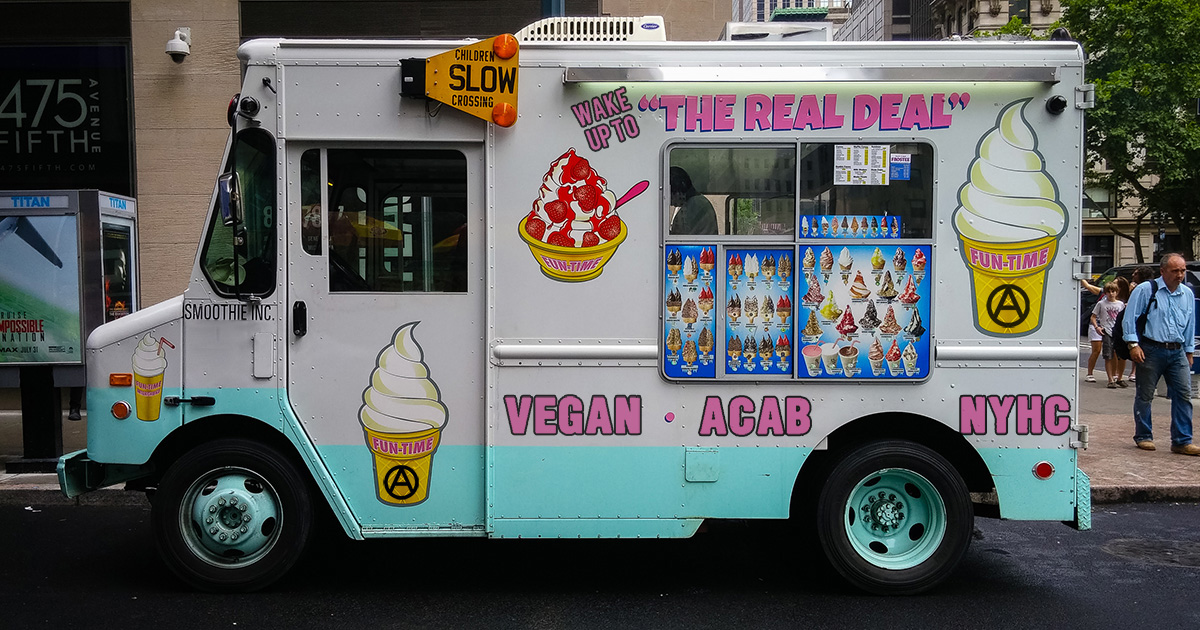 “I was out mowing the lawn, and all of a sudden I heard someone yell, ‘One, two, fuck you!’ And then I saw the ice cream truck speed by at like, 60 miles per hour with the driver giving me the finger. It was awesome,” said local neighbor Gary Rodgers. “Normally, when people go faster than 25 on this street, I take down their plate and notify the police… but this truck was just so sick, it didn’t even cross my mind. It made me want to go to the next town hall meeting and tell that Selectman dickhead Eddy Pinert to take his garbage tax and shove it up his ass.”

“I credit our success to not buying into the same, tired soundtrack every other ice cream man in this bullshit town plays over their speaker. My band, Revenge Suicide, recorded this in my basement, and it pumps people up to eat ice cream,” said Hensen. “And I think the fact that I don’t park myself outside soccer games and community pools also helps — I go where juveniles are performing community service, and I make a fucking killing. I hate capitalism, but it’s working out great for me right now.”

However, many customers credited Hensen’s unique treats for the truck’s success.

“He doesn’t sell your typical frozen goods… like some awful, Sonic the Hedgehog frozen pop with a gumball for its eye that cuts your cheek when you bite into it. No, this guy has a Misfits’ ‘Crimson ghost’ pop with two gumball eyeballs that cut the shit out of your cheeks,” said ice cream truck regular Amy Tirado. “I’m not sure where someone manufactures an ice cream pop like that, but he only charges half-price if you donate a canned good, so that’s pretty sweet.”

Despite his success, Hensen is reportedly looking forward to the end of the summer season, so he can begin preparations for his “punk Christmas tree lot” that will only sell stolen trees.