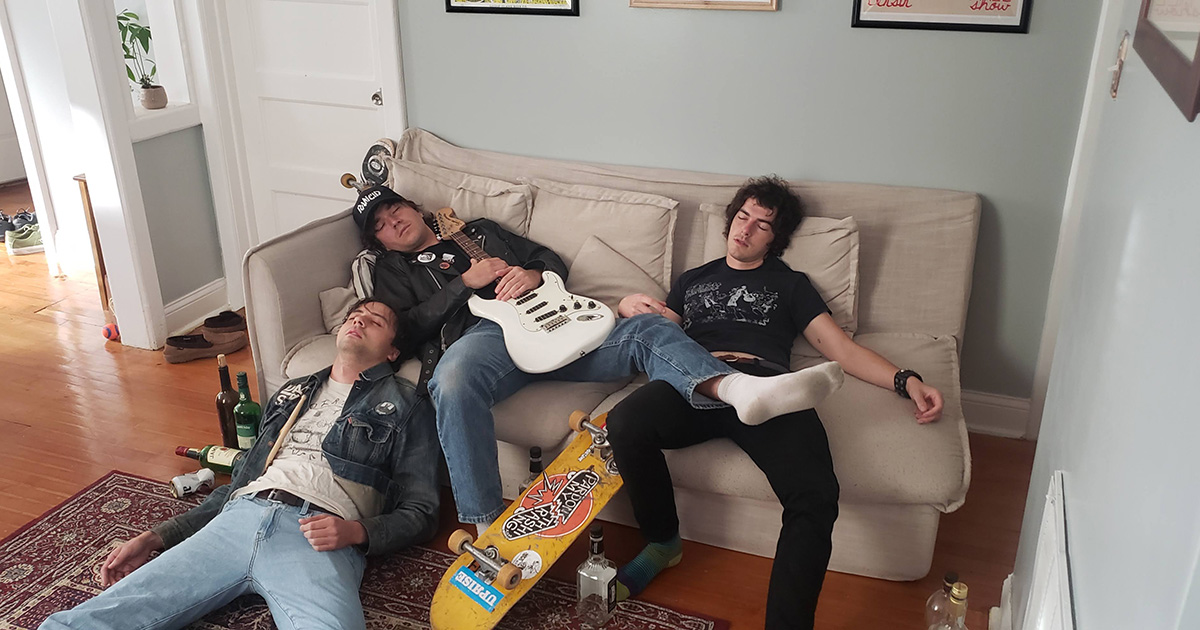 DALLAS — Residents of the local punk house The Lincoln Memorial learned yesterday that the white noise machine they thought they’ve been using for the past four months is actually a gas leak coming from the basement, woozy sources confirmed.

“I’ve never actually seen the device itself,” said one of the eight residents of the house, Thomas Narvaez. “I just assumed Serg stole it from Bed, Bath, and Beyond after they fired him for trying to make pizza bagels in a floor model toaster oven during his 15-minute break. I keep having the wildest dreams thanks to that machine: one night, I woke up thinking I was the reincarnation of Dimebag Darrell, until I remembered I was 16 when he died. It was the single greatest night of my life.”

However, neighbors have applauded the residents’ new and improved sleep schedule. Several homeowners on the street voiced support for the quieter evenings and less rowdy shows.

“If I’d known all it would take to settle them down was a little gas, I would’ve run a hose attached to my truck’s muffler into their kitchen window months ago,” said Shondra Peele, who lives next door. “I don’t wake up with a bunch of filthy punks passed out in my bushes anymore; they all just seem to be passed out in their living room. The other morning one of them stumbled out the front door and fell asleep on the porch — it looked like they hit their head pretty hard on the way down, but it’s not my job to babysit those idiots.”

Atmos Energy, who provides gas services to the neighborhood, sent senior technician Ron Dreyer to investigate and repair the leak as soon as possible.

“This house is a ticking time bomb. Light one cigarette in the wrong room, and this whole block would be blown to smithereens,” Dreyer said. “I tried to access their shut off valve so we could avoid a disaster, but they had this angry looking dog that bit my tool pouch as soon as I walked past their fence. It’s not worth my time.”

Members of the punk community have started a GoFundMe to raise enough money for The Lincoln Memorial to invest in an actual white noise machine, raising $9.84 over 4 days.