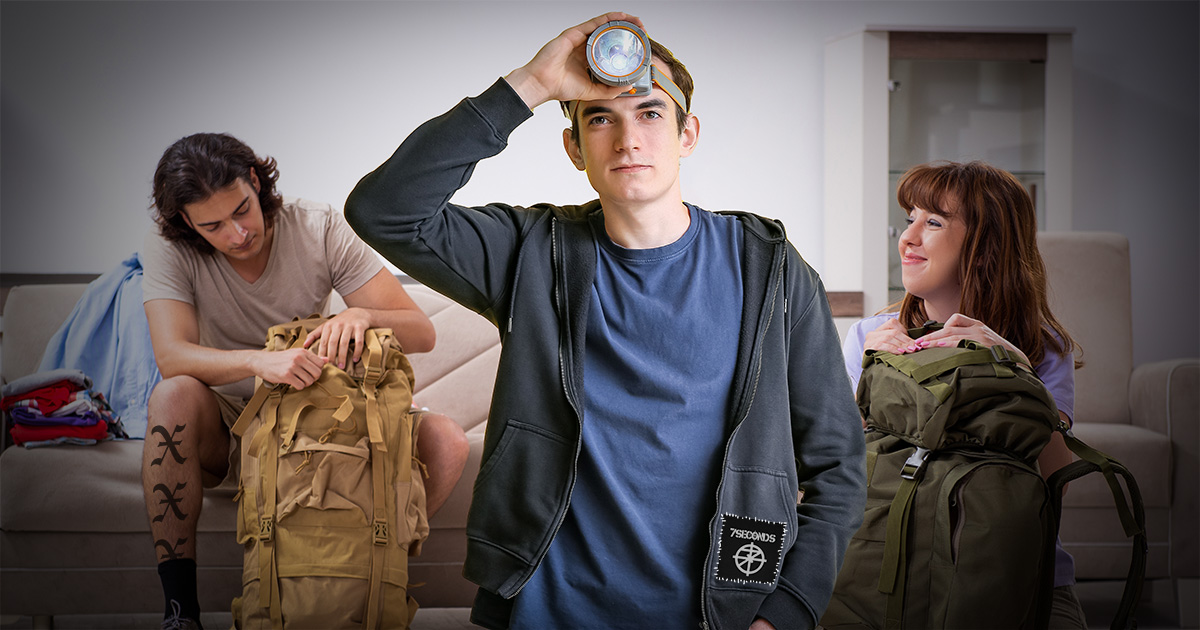 “It all started when we plugged the toaster oven into the same outlet as the balloon machine and all the lightbulbs in the house exploded. That’s when we knew we were gonna have to set aside our differences and band together if we were gonna have any hope of resetting the fabled ‘Kitchen Breaker Switch,’” explained third-floor resident Kathleen ‘Little Chunk’ Reeser. “We bested the Trial of the ‘Wobbly Basement Stairs,’ navigated the ‘Maze of Knotted Extension Cords’ and just barely survived the ‘Test of the Toilet That Isn’t Connected To Anything.’ It was pretty daunting, but with determination and friendship on our side we had that balloon machine up and running again and are all richer for the experience.”

Property manager Willis Edders expressed confusion as to how this simple household task turned into such an ordeal for the residents.

“These fucking kids. I swear, every week it’s something new and stupid with them,” bemoaned Edders. “Last month they did an inspirational song and dance number after the bathroom sink backed up. And just the other day they formed an amateur baseball team of ragtag misfits because, apparently, one of them heard that there was a really big dog outside. I can fix most everything, but these idiots are making my life a living hell.”

“It’s been many a moon since any have dared venture in hunt for my treasured fuse box. And I have done my salty best in all that time to keep it hidden from any interlopers,” gaaaarrrrrred Three-Eyed Pete. “But seriously, I have no idea how those goons pulled this off. That was easily the most dysfunctional group of drunks and balloon-heads that I have seen since I became an electrical pirate. I thought for sure they would have given up after the toilet thing – that mess deters everyone.”

At press time, Crows Nest residents were preparing for their next adventure – fixing the hole in the roof that was caused by the roommate who invents weird shit slingshotting a stolen hubcap through it.