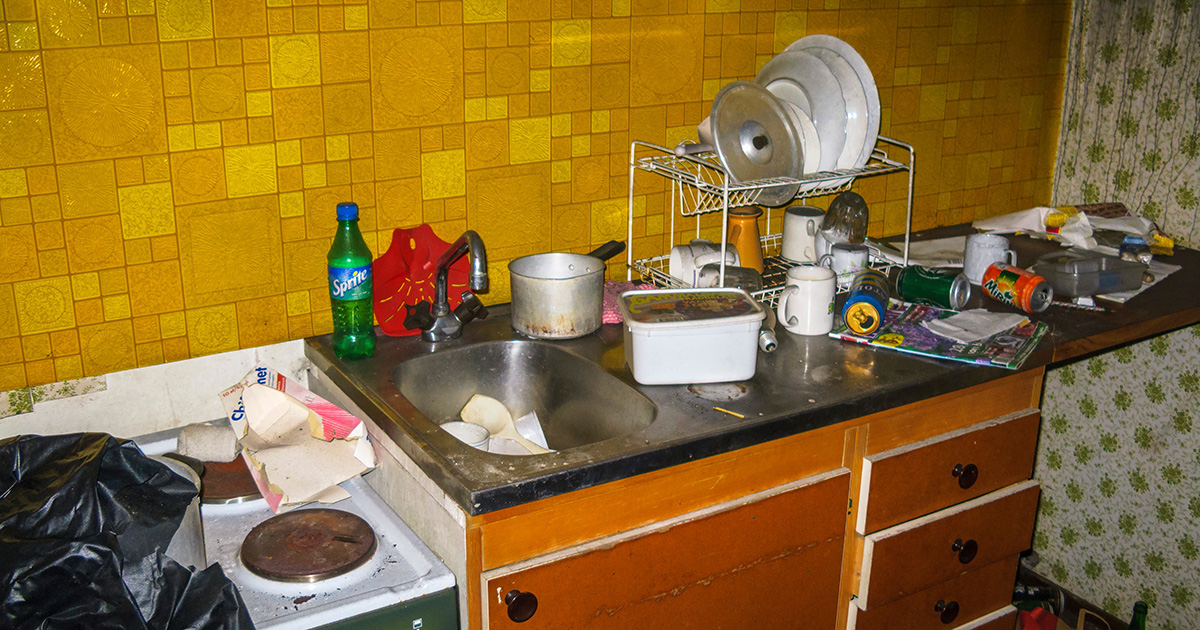 OAKLAND, Calif. — Local punk Lenny Hanna is reportedly attempting to rent out a room in his flop-house by telling tenants they may eventually be entitled to payouts from lawsuits advertised on TV, weary sources confirmed.

“It’s an awesome side hustle, I used to give plasma but this is a lot easier,” said Hanna, who proudly showed off hundreds of lead paint chips on the windowsills. “I get about $60 a month until the day I die because this used to be public housing and the city never helped remove all the asbestos insulation. I get winded when I walk up the stairs, and I can’t talk for more than five minutes, but it’s free money, baby. We’ve got around eight people living here at the moment but some aren’t looking too good so it’s a great opportunity for the right guy. My friend rented a room over in the Tenderloin and he got hepatitis. No money. Here though, we have plenty of asbestos and cash to spare!”

Some renters were curious about the potential room and extra cash.

“Yeah, I’m really considering it. Most of the rooms I’m finding have been out of my price range,” said potential renter Matt Alvarez. “This one is really cheap and has a really nice ‘Scarface’ poster, but the whole cancer part is bumming me out. My other option for the price in this area is a futon in some guy’s kitchen. I’ve been a smoker since I was 13 so I’m well on my way to cancer anyway. This place has a big room, it’s pretty close to BART, they are open to any animals living there. I probably shouldn’t pass this up, free mesothelioma money is something I could really use to get my tape distro up and running.”

Real estate agent Lydia Simpson has concerns about the listing.

“I understand the draw. This is a tough time for renters and property owners. You have to gain an edge somehow,” said Simpson. “Some owners offer a two-bedroom when it’s only one and a cot in a closet. I mean, we even listed one of our properties as having central air but it’s really just a hole in the middle of the ceiling. Medical stuff though, I’d try to keep that quiet. The average renter would prefer not to be slowly murdered by their home.”

At press time, Hanna added to the listing by offering a one-month discount on rent to anyone that could guess which room someone had recently died in.