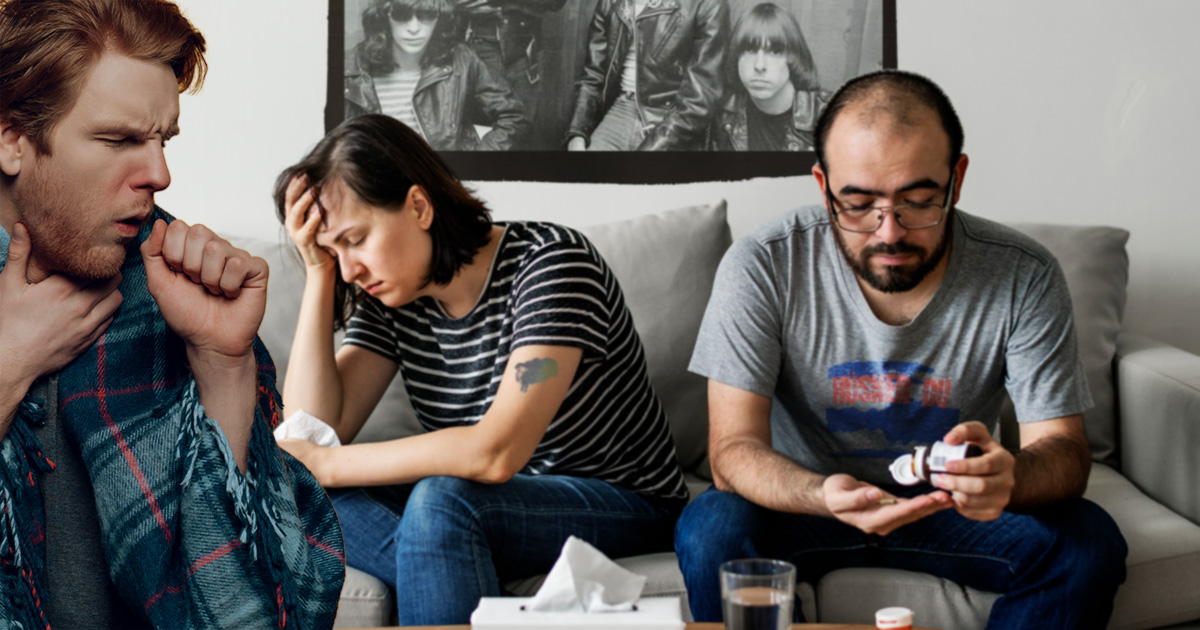 PITTSBURGH — A local punk house is gearing up for its fourth consecutive year of flu season, now plaguing residents for the equivalent of one full U.S. Presidential term, according to multiple sources who “wouldn’t go within 100 feet of that place if you paid me.”

“We’ve celebrated a lot of milestones in this house over the years: from my man Blinky Joe’s two year anniversary of wearing his cast, to the 30th kitten born under this roof. But four years straight of having the flu is really something special,” said house resident Carl “Marx” Matthews. “We have a lot of unwashed hands to thank for that.”

Sources point to a variety of factors that kept the virus alive, including the house’s lack of heating and insulation, as well as the generally unhealthy lifestyles of its residents.

“It all started the winter I moved in,” said Dylan Hopkins, one of the living room occupants. “There’s no way it could’ve been me that got everyone sick, though — that year was cold as fuck, and I remember I bundled up with two hoodies and a beanie every day. You can’t be too careful with these east coast winters, man.”

While no one knows who originally brought the flu virus into the house, residents are reportedly committed to finally beating the disease this winter — despite the impressive streak.

“I’ve been asking around at shows for different flu remedies, and I’ve gotten some really good homeopathic tips,” said housemate Martha Sawyer in between full-body coughing fits. “I made the whole house switch to light beer and cigarettes, and I stole a box of Gushers from Ralph’s because they’re packed with vitamin C. If this doesn’t work, we’ll really have to look into Godparents or something for the cats… because I don’t know if all of us are gonna live to see spring this year.”

Although the flu virus has lingered in the house for years now, one resident claimed he still isn’t affected by it.

“I don’t know what everyone else’s weak-ass deal is. I feel totally fine,” said Anthony Revelli, who occupies the master bedroom. “Other than my usual weird rash and some cold sores, I’m doing great. I just hope these other fools don’t get me sick — I can’t afford to miss another month of work.”

While Revelli isn’t currently suffering from the flu, his housemates claimed he is “almost definitely” dealing with an undiagnosed case of lupus.