Punk House Ashtray Rotated to Less Full Side for Company 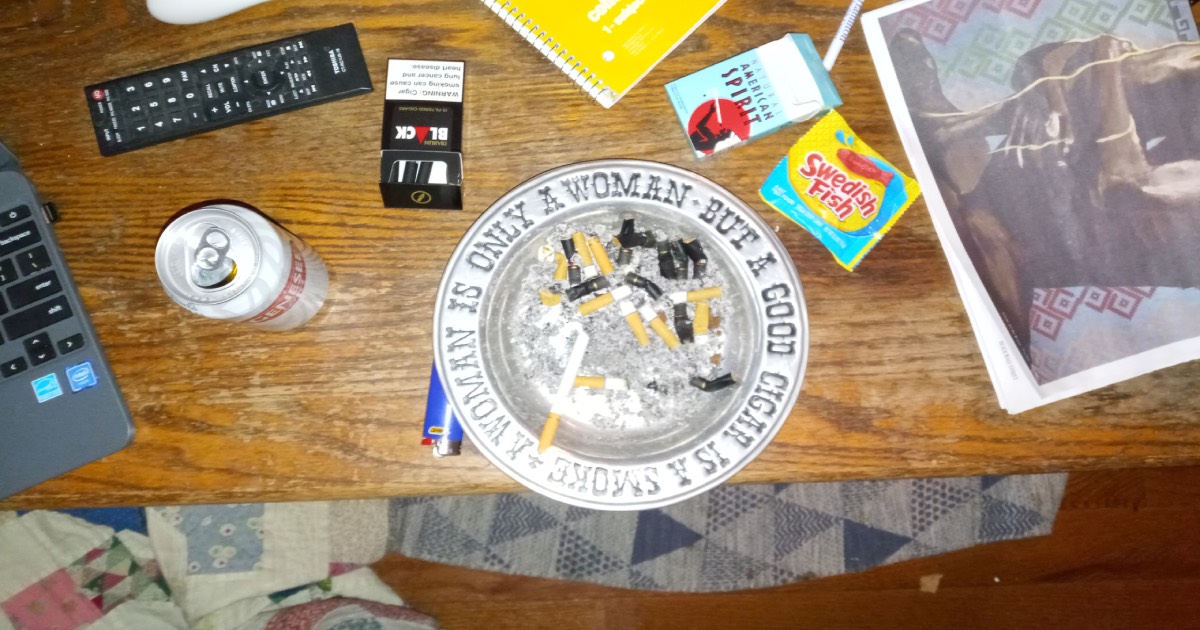 “We normally only empty the ashtray when it starts overflowing, and even then only if there aren’t any empty beer cans around, but my cousin is coming to visit all the way from Albany and it felt like a special occasion,” explained house resident Sam Kimball. “We just really want guests to feel at home when they’re here; that’s why we insisted they take the side with only a couple of smashed Camel butts in it. It’s the little things that make all the difference. We can deal with the full side for a couple of days.”

“Look, Sam is a great guy, but I gotta say I’m not so sure about his housing situation. There’s like, 15 people living in there, and the whole visit I kept hearing this weird clawing sound coming from behind the living room wall,” said Mankowicz. “I tried asking about it, but they just kept pointing at this gross ashtray and asking if I needed to bum a cigarette. They seemed really proud of it for some reason, but I don’t even smoke, so I just said ‘yes’ and held the cigarette without lighting it. I still have no idea what they were talking about.”

Trent Gallen, landlord of the Couch Arsenal, explained his opposition to the ashtray’s presence in the house entirely.

“They shouldn’t be smoking on the property at all. Seriously, I only rented the place to those punk kids in the first place because I knew I wouldn’t have to fix it up. One spark could send the whole house up in flames,” stated Gallen. “I don’t care how full the ashtray is or who is coming to visit — they need to go out in the yard to smoke, or preferably across the street. Anywhere they’re not upwind of the house.”

Residents allegedly also set out a charcuterie plate which was fished out of “the good Wawa” dumpster.