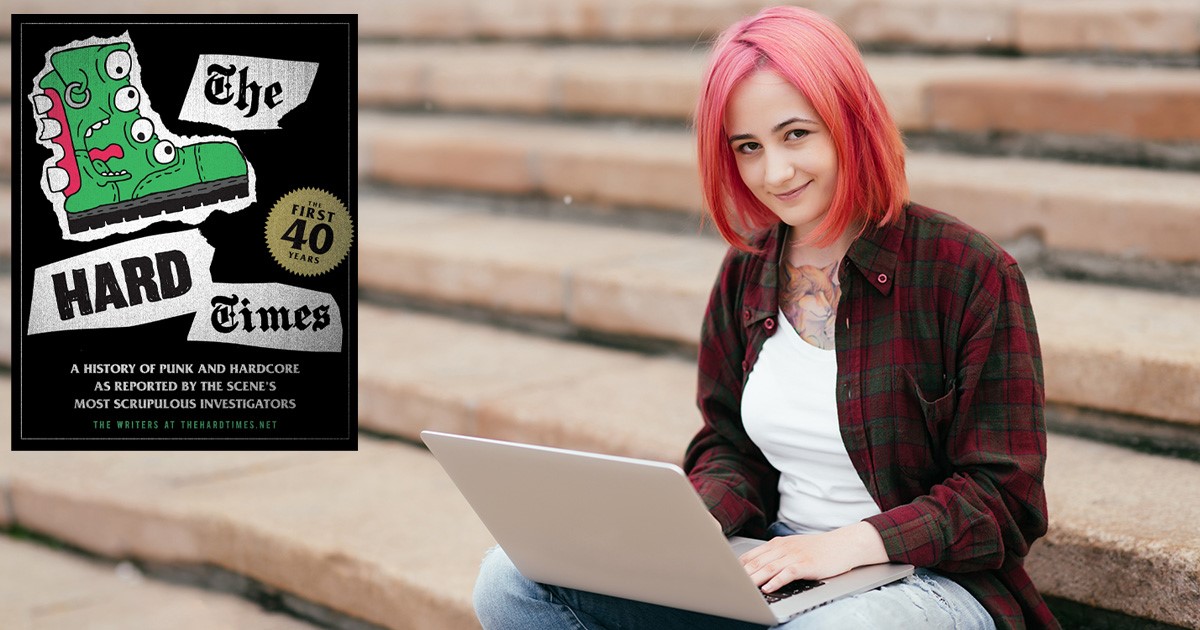 BALTIMORE — Self-described “literary punk” Candy Huang reported today that although she’d read about the groundbreaking book, “The Hard Times: The First 40 Years,” she hadn’t actually read it herself.

“I enjoy reading pretty much every novel genre besides Westerns and African-American lit,” said Huang. “I’ve honestly read so many articles and reviews praising ‘The Hard Times: The First 40 Years’ for being the greatest collection of words ever printed, I almost feel like I’ve legally purchased and read it for myself, you know?”

Though Huang seemed content with her second-hand experiences with “The Hard Times: The First 40 Years,” many in the punk book community were quick to label her an “illiterate poser.”

“Forget the book for a second — any true ‘Hard Times’ fan should easily be able to quote 60-70 of their top articles from memory as a baseline,” said Brandon “Hairy Leg” O’Neil, underlining a passage in Celia C. Pérez’s “The First Rule of Punk.” “As for the book itself, you’ve either read it, memorized it, smothered it in hot sauce, ingested it, pooped it out, put the poop in a jar, put the poop jar on a shelf, kissed the poop jar every night before you go to bed… or, frankly, you can’t call yourself a real ‘Hard Times’ fan at all, you know?”

Although every respected literary review outlet in the known universe has given “The Hard Times: The First 40 Years” a glowing recommendation, some reviewers went even further in their praise.

“‘The Hard Times: The First 40 Years’ is a singular achievement in punk writing that shouldn’t be missed,” said punk literary magazine Crustfork in their review. “And when we say shouldn’t be missed, we mean anybody who doesn’t read the book cover-to-cover should be systematically hunted down and picked off, one by one. We as Crustfork staff advocate for a Purge-like holiday whereby those who don’t read ‘The Hard Times: The First 40 Years’ can be safely targeted and eliminated without legal repercussions. Please sign our Change.org petition.”

When asked when such a holiday might occur, Crustfork reviewer Skeezy Dan confirmed that “really any Thursday in April would probably be nice.”

At press time, “The Hard Times: The First 40 Years” was selling so well, it has become socially unacceptable to read anything else.