Punk Dies After Tragically Using His Carabiner for Climbing Purposes 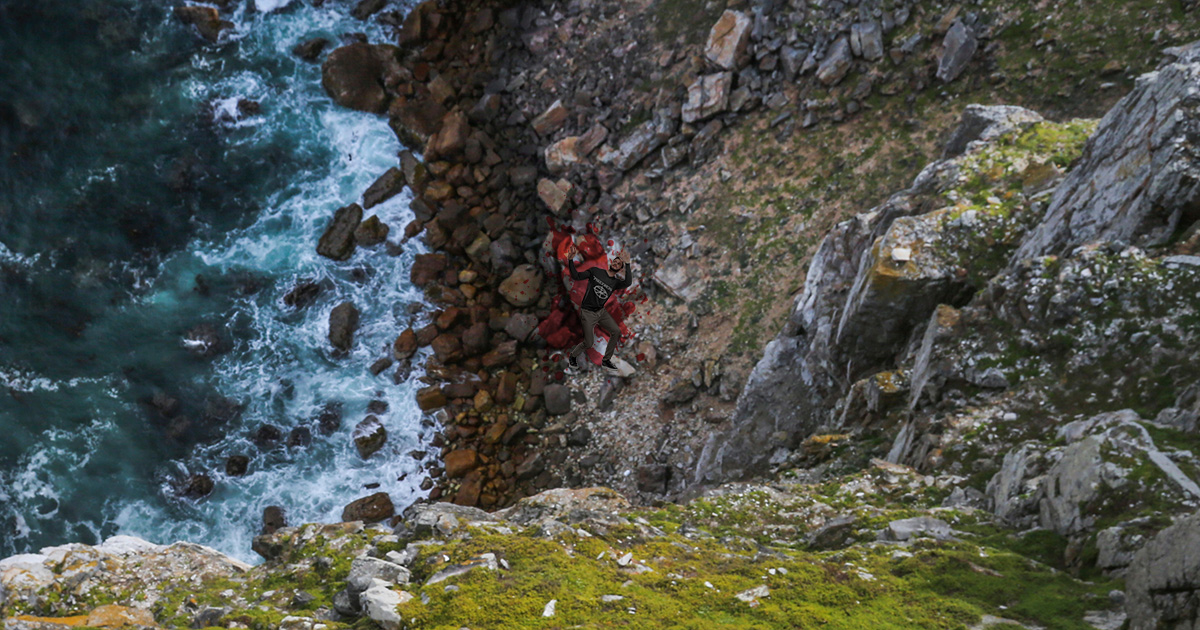 “I wish I hadn’t expected this,” said Gina Trumble, Danny’s mother. “But, frankly… my sweet Danny never gave a fuck about rules. From skateboarding and loitering, to diving into shallow pools, my son was a rebel until the very end, I’m afraid.”

The fateful excursion began several days ago, when several of Trumble’s co-workers — who made note of Trumble’s previous eschewing of “jock shit” — invited him to join a mountain climbing trip, thinking that climbing might fall outside of that parameter.

“He said he’d be totally into it,” said Gil Bartholomew, a former co-worker of the deceased. “But when I asked him if he needed to borrow any gear, he just unclipped his keys and sort of jingled them at me. I thought he was joking… but the next day, that’s all he brought with him. Well, that and some cigarettes.”

“He wasn’t even prepared for the cold,” said Bartholomew. “All he had to keep warm was beanies, so he was freezing the whole time… and refused to admit it. In hindsight, maybe me yelling at him to try to keep up had some small part in all this mess.”

The carabiner, originally stolen from a local gas station, had successfully held several key rings together for years prior to yesterday’s tragedy.

“Yeah, Danny and that clippy thing were a package deal. You never saw one without the other,” recalled Trumble’s friend Marty “Sharty” Wu. “If Dan changed from black jeans to black jean shorts, that clip was right there, hanging from the belt loop. It’s a shame what happened, but the way they both got taken out together… I know Danny wouldn’t have wanted it any other way.”