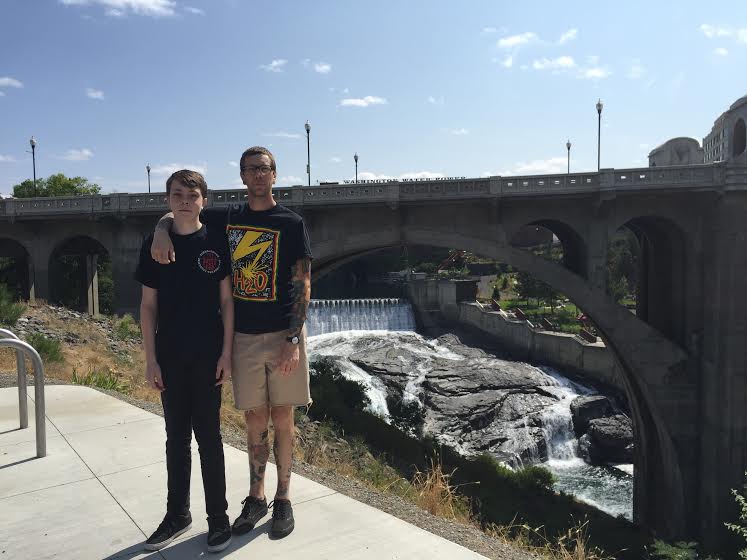 EUGENE, Ore. – Raising a teenager can be trying for any parent, and no one knows that better than punk dad Larry Zalezny, who finds himself preferring his son’s earlier stuff.

“It’s not that I don’t like his new stuff per se, it’s just that I find myself returning to his early stuff more and more,” Zalezny said, teary eyed, clutching a book of childhood photos to his chest.

In recent years, Larry’s 16 year old son Brian has gone from bright and outgoing, to withdrawn and reclusive.

“While I appreciate his boldness in refusing to eat his dinner and yelling at me, now it just comes off as contrived and forced, where it used to be so much more raw and unhinged in the earlier days,” Larry said between heavy sighs, staring out the kitchen window. “Throw the spaghetti at me like a maniac instead of letting it get cold while staring at your shoes, you know?”

“He won’t even play the classics anymore like ‘Dad, Wanna Play Catch’ or ‘You’re My Best Friend’ or really any of the old stuff,” Zalezny said as he sifted through a box of children’s clothing, alternating between gentle sniffs of the garments and staring blankly into the middle distance. “Now, it’s all  ‘Drop Me Off Around the Corner’ and ‘You’re Embarrassing Me’ not to mention the worst ‘I Wish You Were Dead,’ I really feel like he’s alienating his diehard family members.”

“This is part of his evolution,” said Brian’s girlfriend and recent fan, Jade. “Everyone knows his later stuff is much more mature, more brooding and intense. If you’re not into it, you’re stuck in the past. Fuck the haters.”

Despite the radical shift in tone and content, Larry intends to wait out his son’s dark period. “I mean, I’ve been a fan this long, I don’t think I can stop supporting him now. I just hope we’re not headed into ‘Grave New World’ territory,” Mr. Zalezny said glancing warily at Jade.

UPDATE: As of press time, Brian has come out with a new offering entitled ‘Can I Ask You Something?,’ marking a welcome return to form.